What's on your mind?

The last couple of years have been incredibly for all of us, so I thought we could cheer each other up by remembering Jessica Walter and celebrating our favourite memories of her.

What is your favourite Jessica Walter moment?

I'll start - I loved her interview on THR's "Full Uncensored Comedy Actress Roundtable", hearing her life story from the 2013 Inside the Actors Studio interview with the cast of Arrested Development and hearing her voice Fran Sinclair in "Dinosaurs" when I was a child; obviously I didn't know it was her when I was a child but it blew my mind when I found out through Arrested Development.

Also I loved reading all of the stories on Instagram from people who were friends or worked with Jessica Walter, they all spoke about how she made them smile, supported them when they need help and how constantly happy she was.

I don't remember the name of the bar ever being mentioned in Season Five.

George Michael, Maeby, Lindsay and Oscar were all there at on point during the first three episodes of Season Five; mainly "Everyone Gets Atrophy'.

Everyone Gets AtrophyArrested Development Wiki

The Bar in MexicoArrested Development Wiki

Hi! I am big fan of Arrested Development and I am writing my thesis about the show and its popularity in the EE. UU! Could you help me by doing or sharing this short survey (3 questions, less than 20 seconds) about Arrested Development? Thank you so much! 😄

Hey all! In honoring the late and wonderful Jessica Walter, we're doing an Arrested Development themed drinking game-comedy show with some awesome standup comedians. Comics will work iconic phrases from the show into their sets for you to drink to! Tickets below. 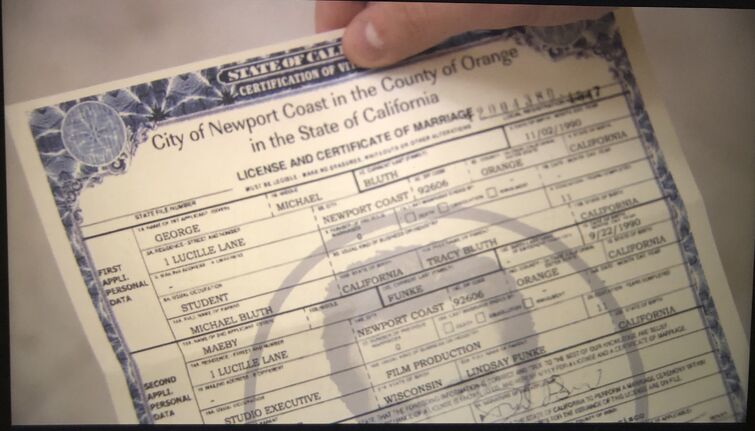 I wonder why everyone spells her name as "Tracey" even though it seems like her name was actually "Tracy" with no E. If I recall correctly, we only see the spelling "Tracey" in the Babytock! commercial (S4E13 "It gets better"). However, we see the no-E "Tracy" spelling on George Michael and Maeby's marriage license (S3E11 "Family ties" 2:20), as well as on the oft-mentioned boxes seen in the model home attic—such as those labeled "Tracy's sweaters" and "Tracy's maternity clothes" in S2E5, "Sad Sack". The latter example of seems like definitive evidence in favor of "Tracy" with no E given that Micheal was probably the one who labeled the boxes, and he of all people would be the best positioned to spell his wife's name correctly. I should also note that "Tracy" is the more common spelling of that name.

Am I missing any important proof of the "Tracey" with-an-E orthography? Or have users simply been misguided for years by the name seen on the Babytock! commercial?

Is it relevant to mention in the episode Trivia segment of the article for For British Eyes Only (season 3, episode 2) that, certainly last time I watched it, Netflix's automatic 'skip intro' function when binge watching, skips the 'previously on' segment which creates a notable gap in the narrative, with us cutting straight from George, still on the run, having stolen the cabin (and Michael and George Michael) and cutting straight to George on house arrest, It always confused me until I figured out the issues.

For British Eyes Only

This is a different version of a comment I left at Wikipedia.... As noted in discussions at Reddit and elsewhere, George Michael and Maeby at the start of season 4 are 18 years old, instead of 16, even though the season begins at exactly where season 3 left off. This retroactive continuity is made very clear by George Michael soon leaving for college (and first there being somewhat of a graduation party for him) and the development of the Maeby-staying-in-high-school story. There is still some confusion about how, if season 3 ended in fictional 2006, we can still end up in fictional 2012 at the end of the season 4, since it seems that only 4-5 years have passed.

Here's my take, or at least the first sketches of how I would solve this problem. George Michael only went to college for four years, though some at this Fandom site have tried to stretch his time in college to 5 or 6 years. It's said that he had a "semester abroad" (not a full school year) his junior year (the spring semester because we were also shown him participating in the kissing study in the fall semester) then came back after that summer.

If you follow the Maeby story closely, you'll see that she has a "sophomore senior" year and a "junior senior" year (that is, second and third senior years after purposely flunking her first senior year), but then she seems to give up on the idea, so there's a year when she's not in high school, only to return again for a "final senior" year; note that the narrator does not use the phrase, "senior senior" year for this third additional senior year because that at that point in the joke the play-on-words falls apart. If she had a fourth additional year, it would not have a name that fits because because the first additional senior year was her "sophomore senior" year, the second "junior", and the third "senior". So then why have her take a year off? First of all, it helps her story, because the viewer has to doubt how committed she could have been to the notion of staying in high school (even if it gave her something to do). Secondly, it accounts for Maeby's four years.

Therefore, the fourth season, at least when looking at these two characters, seems to start in 2008, not 2006. This date still works for the housing crisis. The only thing that stands in the way (the only thing that immediately comes to mind, that is--who knows what else I'm missing) is the real-estate agent (played by Ed Helms) saying "it's 2006." But that can be a joke on his part, because he can't believe this couple with no money is buying a mansion in 2008. If that takes place in the summer of 2008, right before the general economic crash, but after the housing crisis had begun in August 2007, it would make sense that he would make that joke, as well as the joke about him being selling houses to people who can't afford them. When we get to other characters (e.g. the check that Lucille 2 writes dated June 2008)... I'm not sure yet how to explain away all the inconsistencies.

I will say, though, that I think we should focus on making the characters' timelines match each other, rather than worry too much about the fictional timeline matching reality (except insofar as the characters themselves bring those historical dates into play, as with the "it's 2006" joke). In a fictional universe, especially one as highly developed as Arrested Development's, you can say that certain historical events took place differently--for me, that's no big deal. For example, an important date in the season 4 timeline on this site is Buster Bluth re-enlisting in the army on the very day that "don't ask, don't tell" was officially ended. This date can be different in the fictional world--why not?

Am I the only one who thinks the show deserves redemption?

I’m in the process of making more season 5 .gifs and I’m begining to think that George and GOB knew that Buster killed Lucille 2… When Lindsay comes back in “The Fallout”:

Then George and GOB tell Buster to stay quiet because he’s talking too much. I might be late but did they know?!

I remember a part in one of the episodes when there was a shot at the wellness convention and there was a group of people singing "Michael Row the Boat Ashore" but I can't seem to find it anywhere. Maeby my memory is bad...

It's being rumored that Will Arnett and Michael Cera sneak in a secret homage to the cult Fox comedy, Arrested Development. “The LEGO Batman Movie” pulls jokes from the whole history of Batman. It's two lines in Spanish that has raised eyebrows. In the movie, Robin is trying to call Bruce Wayne 'Dad', and after going through a long list of names, finally settles on 'Padre', which is Spanish for father. In response, Bruce calls Robin 'Hijo', which is spanish for Son. The call back is to a joke from season one around the Spanish word for Brother, 'Hermano. 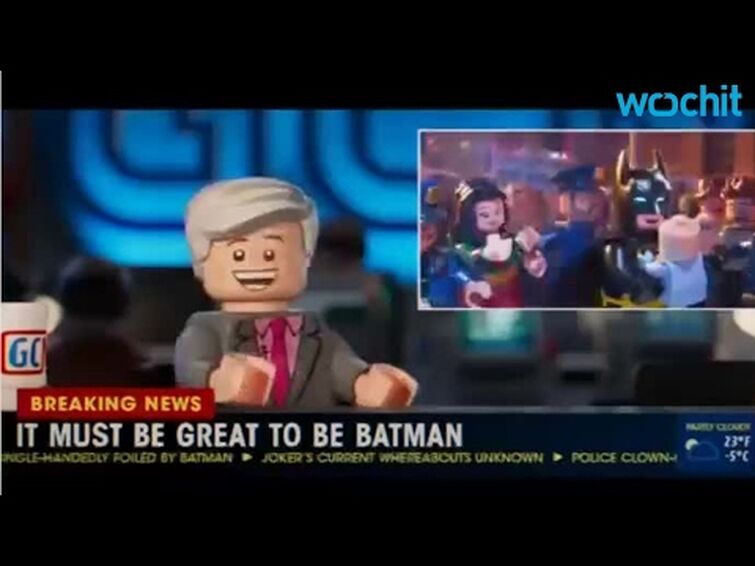 Does anyone elese get this error when they edit discussion posts:

There are two questions I have about the events of surrounding the murder of Lucille Austero.

First: How did the Stair-Car end up at the Model Home? I assumed Buster took it after murdering Lucille 2 at Cuatro and drove back to hide out in the attic. But there’s a scene the next day with Sally explaining the body-outline on the stairs to reporters as they change the sign on its side to “Vote for Sitwell.” (Sally shows up at the 2nd of July parade with her own faux-stair-car, but this wouldn’t have the bloody evidence outline, obviously.)

Second: When did Buster use ‘FakeBlock’ to tamper with the security-footage? Post-Cuatro finds George Michael at Rebel’s apartment, (there’s an unaccounted day when Michael is still asleep at the Model Home before George Michael punches him the next morning) than over to Maeby at the Penthouse, then for a drive down to Mexico along with Steve Holt in the Stair-Car outside the Model Home.

The only theory I have is that Michael’s missing day (the actual 5th of May holiday) provided 24 hours for Buster to get the flash drive from George Michael at his home in Sudden Valley, (still not sure why George Michael had to return there), visit the security building for his wood-block dance, and then steal the Stair-Car. All on a day where everyone is either recovering from Cuatro, or has the day off.

Is this a merry mix-up? Or did I miss something? I did say something right?

I feel like I am missing something? Didn't Lucille's mother die "6 months ago" when in season 1 Lucille exclaims "Nana was on that boat!" to explain away the lack of inheritance from her as of late. Yet in season 5 wasn't it Lucille's mother who Buster killed as a child?

I'm not a native english speaker, and I couldn't find the meaning of the joke by looking at the Steamboat Willie summaries.

I'm going to say it: Arrested Development Season 6 seems very unlikely now. And if there was, I'd hate to see it without Maeby or Lindsay. It shouldn't have George in it either, due to constant fan backlash. And the removal of Maeby could make Tobias and George Michael's arcs quite pointless (as Lindsay's has already done to Tobias'). It would be hard to match Maeby's deceptions or Lindsay's selfishness or any of their other character traits. I believe that 'replacing" characters is unneeded. I don't think there will be a season 6. The possibility of season 6 due to recent events is so slim now. The answer to the question is, ironically, maybe there could be a season 6, but I highly doubt it.

It almost feels like this should be REALLY obvious because it seems like the word "neat" is used a lot. Am I missing some kind of reference?

What do you think the second half of season 5 will be about? Share your thoughts below!

Which is your favorite Arrested Development episode now that Season 5 has been released?