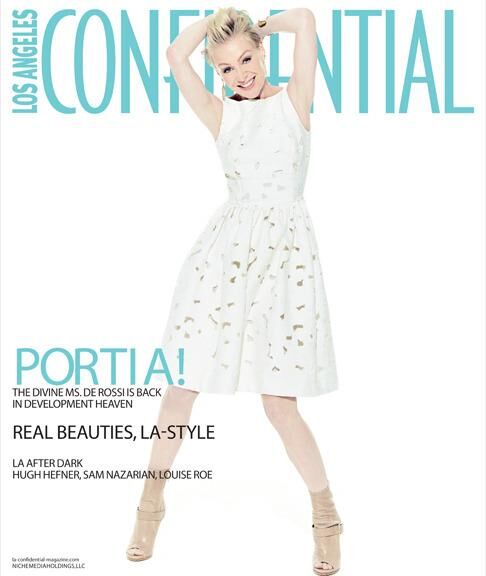 On May 24, 2013 Portia de Rossi was on the cover of LA Confidential, she was also interviewed on returning to Arrested Development and her trip to Australia with her Wife Ellen DeGeneres.

A day after returning from a whirlwind five-day trip to her native Australia, Portia de Rossi recounts a packed itinerary of throwback moments that included a long-overdue reunion with an old friend, catching up with her cousins and—for a segment on her wife Ellen DeGeneres’s afternoon talk show—a visit to her all-girl boarding school, Melbourne Girls Grammar, to surprise the students there. But the actress’s comedy-inclined spouse had an even cheekier surprise in mind. - LA Confidential 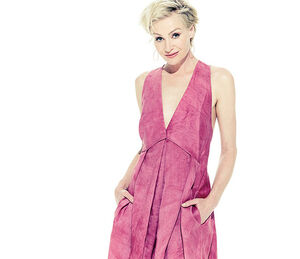 “Everybody was there, even (narrator and executive producer) Ron Howard was on speaker phone, and from that point, it became a lot more serious,” she recalls. “Mitch started talking to us as a cast about the possibility of Netflix, and we all thought that was a genius idea. It’s the perfect show to do something that is perhaps the future of television.”

“When you have a character that’s either incredibly vapid or nasty or insensitive, you think, Gosh, that’s quite a character for me to play because, of course, I’m none of those things. And then, it just comes back like that, and you’re like, Wow, that didn’t take much effort at all! And you have to wonder.... For me, this version was even more fun than the original because it was kind of like a celebration: We know that we have a fan base who are as excited as we are.”

“Portia simultaneously can play very cold and very warm, here’s just something very appealing about her, despite how unlikable the character. And in the new series, we really go much further with her then we did before...She really said, ‘Yeah, let’s do it. Let’s jump off this cliff. I think Portia’s just about the best thing ever,” says her costar Jason Bateman. “She has all the best qualities of a woman and all the elements I would ever look for in a friend. I don’t have a lot of female friends, but she’d be at the top of the list. Yeah, she’s fantastic.” 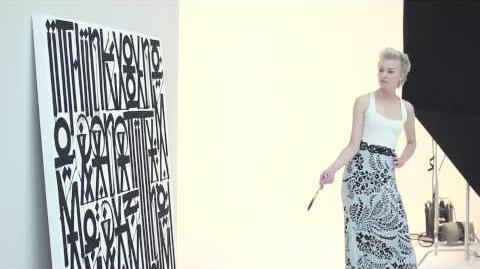 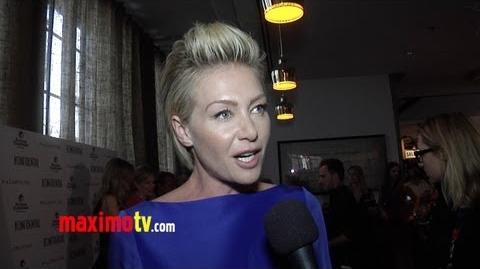 Retrieved from "https://arresteddevelopment.fandom.com/wiki/2013_LA_Confidential_Portia_de_Rossi_Cover?oldid=54601"
Community content is available under CC-BY-SA unless otherwise noted.