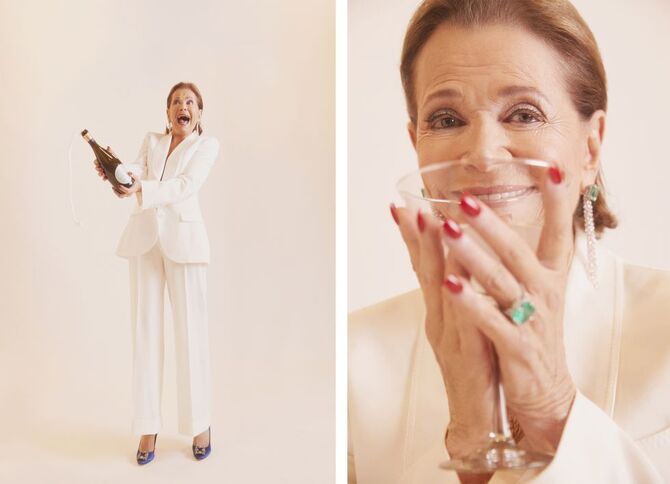 She's worked with great directors like Sidney Lumet and Clint Eastwood. She's played hotheaded stalkers, ice-cold doyennes, and at least one talking dinosaur. During her weird, wild, and always fascinating career, Jessica Walter has "done the circuit," and she's always up for another lap.. - ELLE Magazine

Walter was raised in Astoria, Queens. Her father was a world-class musician who played with the renowned composer Arturo Toscanini and alongside cellist Pablo Casals. Her mother arrived from the USSR shortly before the enactment of a 1924 law that set immigration quotas that largely curtailed the arrival of Jewish immigrants.

She attended the High School for the Performing Arts (the school that inspired Fame), and later the Neighborhood Playhouse School of the Theater (birthplace of the Meisner technique). She quickly found work on stage and in television, but her big break came in the 1966 Sidney Lumet movie The Group, based on Mary McCarthy's bestselling novel. - ELLE Magazine

Jessica Walter on being a character actor "I thought, Wow, I guess I am a character actor. Because even my 'leading ladies'—you know, in air quotes—were characters. They were not Miss Vanilla Ice Cream. They weren't holding the horse while John Wayne galloped into the sunset. I was actually up for a John Wayne movie once. This was way, way back. And the feedback was, 'We really like Jessica, but we just don't see her holding the horse.'"

One day, during the third year of the show, I was watching it on TV, and I said to Ron, 'I think something's off about Fran! That's not Fran!' So I called the producer and he said, 'Our [puppeteer] got tired, so we got a new guy in there.' And I got so upset. I said, 'But he's ruining it, she doesn't move like herself anymore!' We're talking about a puppet here!" 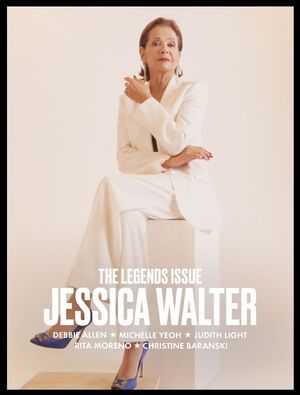 Alia Shawkat on Jessica Walter "I was, gosh, 14 years old when we started," says Alia Shawkat, who plays Lucille's granddaughter Maeby. "Jessica became a maternal figure to me, and that hasn't necessarily changed over time. She would read my reviews and email me and check up on me. She'd be like, 'I saw Search Party, Alia, and it's genius!' She'd brag about me to everyone in the hair and makeup trailer. 'Did you see this? Alia's unbelievable in it!' And I'd be like, 'Jessica, please, shhhhh.' She's engaged, she's aware of everything that's going on. She always wants to know what you're doing. I think it's a mentality that comes from an older era of Hollywood. To her, it's a form of respect—for your craft and also for you, the people she works with—to show that she’s informed."

On Jeffrey Tambor and Arrested Development "The sad thing is that actresses of my generation, we were taught to just suck it up. The show must go on. Time is money. You never walk off set. You just keep going. Luckily, I've never had anybody be sexually abusive. But if somebody was nasty or rotten or loud, it never would have occurred to me to bring up the incident. Now I would."

"We always have last-minute line changes, and it's difficult to do the work that you want to do when you're thinking, Oh my god, what's my next line? So I had reset a take. And I apologized as Mr. Tambor was going on his rant. I apologized about three times. 'Well, I'm sorry, I'm sorry. If you try to make me feel worse than I do, you can't.' And he ran off set. Time is money. He lost us some time."

"You try to sweep things under the rug, and it doesn't really work. I got very emotional about it because it had really hurt me."

Retrieved from "https://arresteddevelopment.fandom.com/wiki/2019_Jessica_Walter_ELLE_Cover?oldid=54863"
Community content is available under CC-BY-SA unless otherwise noted.