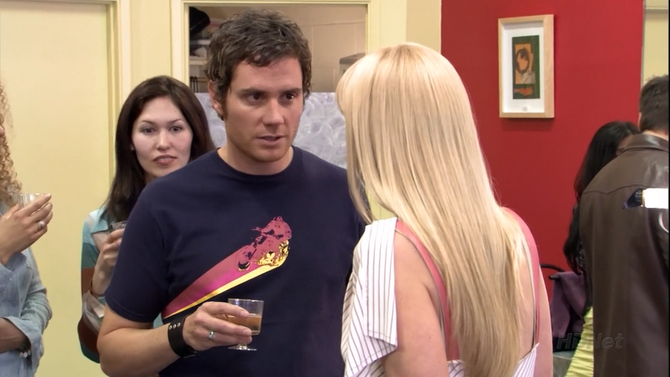 Alex is Lindsay's hair stylist and a member of the Army reserve.

When going to the salon to have her hair styled, Lindsay was shocked to hear that Alex was called to war. She was also shocked that there was a war going on that she didn't know about. She refused to let Shawna cut her hair so she decided to protest the war. ("Whistler's Mother")