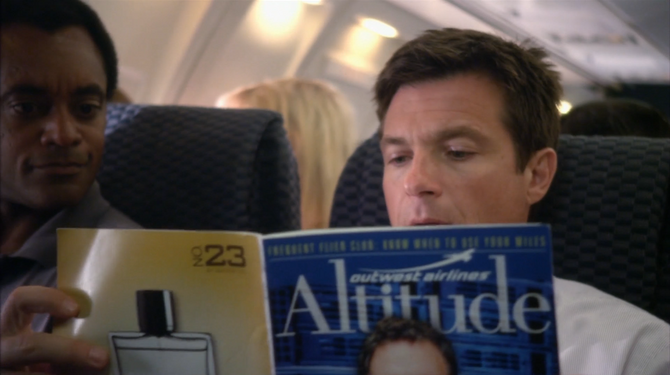 Altitude
Appearances: "Flight of the Phoenix", "The B. Team"

Altitude (not to be confused with Attitude) is an in-flight magazine of OutWest Airlines.

Michael was interviewed for an article in 2011-2012 about Sudden Valley and his Michael B. Company. He made prayer hands in the picture, and the article was not kind to him. ("Flight of the Phoenix")

Ron Howard read the magazine on a flight to Phoenix and decided to make a movie about the 2007 California real estate market crash with Michael Bluth as the main character, so he approached him to make the Untitled Michael B. Project. ("The B. Team")

Michael Bluth is Praying You'll Fix His Huge Mistake (And Why His Prayers Won't Be Answered.)

Michael Bluth has a dilemma. When we think of abandoned cities...

From "Flight of the Phoenix"
Retrieved from "https://arresteddevelopment.fandom.com/wiki/Altitude?oldid=26417"
Community content is available under CC-BY-SA unless otherwise noted.