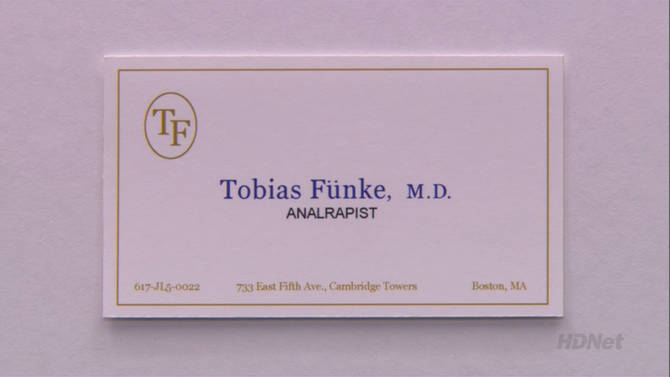 Tobias Fünke once deemed himself to be the world's first Analrapist (pronounced "uh-NAHL-ruh-pist"- a portmanteau of analyst and therapist) because he combined his analysis and therapy skills. Needless to say, it almost got him arrested.

Tobias attempted to help Buster overcome his fear of seals and Lucille with his analrapist skills. ("Forget-Me-Now")  He later gives advice to Michael about George Michael's probable new OCD from the point of view of an analrapist. ("S.O.B.s")

Following his work-release from prison, after an unfortunate mix-up on John Beard's To Entrap a Local Predator and a very unconformable event in the prison, Tobias has learned to think a little more about what he says and uses the less-ambiguous term theralyst instead. ("Smashed") 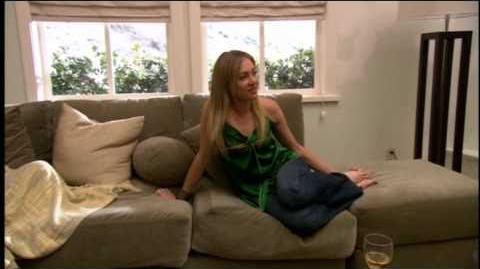 Tobias: Okay, Lindsay, are you forgetting that I was a professional twice over— an analyst and a therapist. The world’s first analrapist.

Lindsay: Yes, and you were almost arrested for those business cards.

Tobias: Yes. No, it did not look good on paper but I didn’t stop because of the police inquiries, I stopped to raise our little daughter. 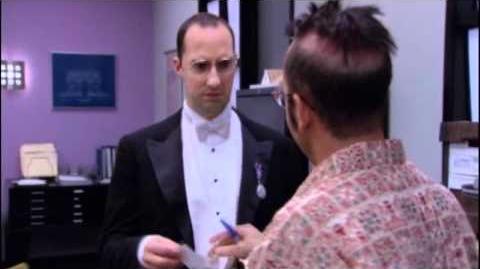 Buster: Well, Mom’s probably right. I couldn’t even stand up to a seal. I don’t real deserve a medal or a party.

Tobias: No, you deserve this. Here, take my business card.

Tobias: No, no, it’s pronounced a-nal-ra-pist.

Buster: It wasn’t really the pronunciation that bothered me.

Tobias: You see, Buster, it wasn’t the seal that you couldn’t stand up to. It was... Lucille.

Tobias: Oh, I’m getting chills. If this was a Lifetime Moment of Truth movie, this would be our act break. 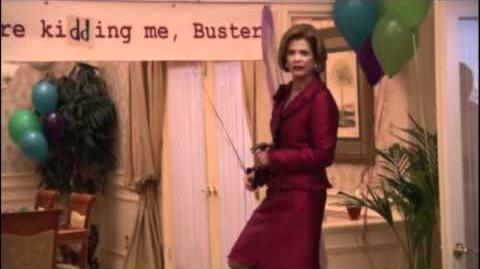 Lucille: [Tobias is] not wearing that to the party. I’ve got the exact same thing.

Buster: No, he was just analraping me.

Tobias: You know, Michael, if I may take off my acting pants for a moment and pull my analrapist stocking over my head, George Michael has been acting strange lately. I think he may have developed what we in the soft sciences refer to obsessive-compulsive disorder. Or the O.C. disorder.

Michael: Don’t call it that.

From "S.O.B.s"
Community content is available under CC-BY-SA unless otherwise noted.
Advertisement