Paul Andrew "Andy" Richter (born October 28, 1966) is an American actor, writer, comedian, and late night talk show announcer. He is best known for his role as the sidekick of Conan O'Brien on each of the host's programs: Late Night and The Tonight Show on NBC, and Conan on TBS. He is also known for his voice work as Mort in the Madagascar films and for starring in the sitcoms Quintuplets, Andy Richter Controls the Universe, and Andy Barker, P.I.

In the late 1980s, Richter attended Columbia College Chicago as a film major. While at Columbia, he learned the basics of comedic acting and writing by starring in numerous student films and videos. After leaving Columbia in 1988, Richter worked as a production assistant on commercial shoots in Chicago. In 1989, he began taking classes at Chicago's Improv Olympic. He went from student to "House Performer" within a year. Richter branched out working with "The Comedy Underground" and the Annoyance Theater. Richter wrote for the short-lived Jonathan Brandmeier television show.

In the early 1990s, the Annoyance Theater hit gold when producer Jill Soloway staged The Real Live Brady Bunch with live, word-for-word performances of the '70s sitcom. The show was so popular that it attracted national attention and moved to New York City. Richter was not an original member of the cast but the actor who played "Mike Brady" in the Chicago cast opted not to go to New York. 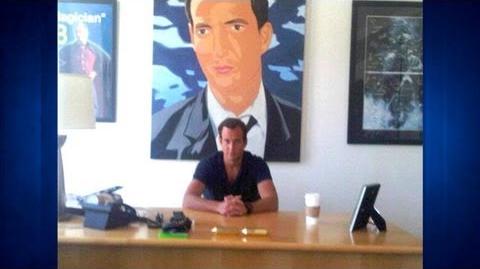 Retrieved from "https://arresteddevelopment.fandom.com/wiki/Andy_Richter_(Actor)?oldid=44543"
Community content is available under CC-BY-SA unless otherwise noted.