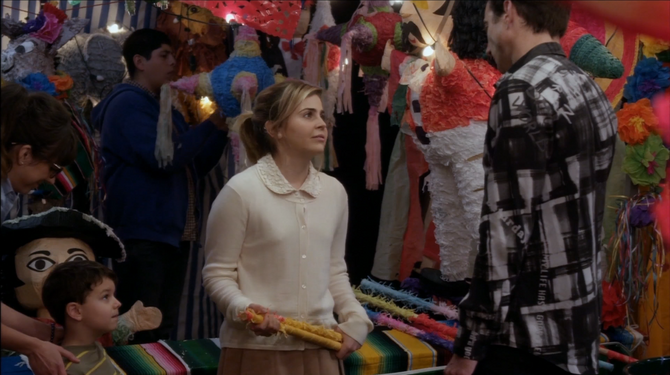 Ann Veal and Tony Wonder have a child together (Anthony, played by The League's Adam Karchmer), although that child's name is not revealed.  He is seen with Ann and a nanny at Cinco de Cuatro in "A New Attitude". Although she uses slightly confusing languages she convinces G.O.B. the child is Tony's. Tony later tells her at the model home he owes her child support.

The child is first mentioned in "Colony Collapse" when G.O.B. reveals that Ann "let herself go...her belly is out to here" after G.O.B. and Ann have sex before their wedding day.

Retrieved from "https://arresteddevelopment.fandom.com/wiki/Ann%27s_child?oldid=51245"
Community content is available under CC-BY-SA unless otherwise noted.