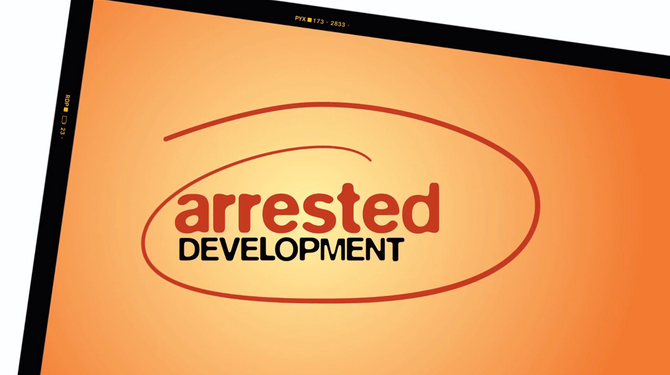 Arrested Development is a character-driven American comedy television series which originally ran from November 2, 2003 to February 10, 2006 on FOX. A reprisal season premiered on Netflix in 2013 with the fifth season concluding in 2019.

Narrator: Now the story of a wealthy family who lost everything, and the one son who had no choice but to keep them all together. It's Arrested Development.

Arrested Development is about a formerly wealthy and habitually dysfunctional family, the Bluth family. The series is presented in a fashion reminiscent of documentary film/cinéma vérité, with omniscient narration (by Ron Howard), archival photographs, and historic footage. Set in Newport Beach and Balboa Island, California, the series investigates wealth, corruption, and the definition of family.

Season One tells the story of the Bluth family's initial struggles to cut back their lavish lifestyles after patriarch George Bluth is found guilty of embezzlement and fraud from the Bluth Company. Season Two continues this story and delves into George's treasonous crimes while his son Michael hides him from the authorities. Season Three follows Michael's voyage down a rabbit hole into Wee Britain to get to the bottom of his father's legal issues and features a resolution to the legal woes that haunted their family for the past three years. Season Four follows the Bluths in their newfound freedom which ultimately leads them all to new depths and a possible murder.

The show was created by Mitchell Hurwitz, the creator of The Ellen Show, and writer for The John Larroquette Show and The Golden Girls. Hurwitz, together with Ron Howard, Brian Grazer, and David Nevins (all part of Imagine Entertainment) are the series' executive producers. It airs/aired on broadcast networks worldwide, including FOX in the United States, Latin America and Japan, HDNet and G4 in the United States, TV3 in Ireland, BBC Two and Bravo in the United Kingdom, Global TV and CBC in Canada, in Asia on STAR World, in New Zealand on TV3, in Australia on the Seven Network & The Comedy Channel, in Belgium on KanaalTwee and in Turkey on CNBC-e.

During its run, the series earned dozens of awards including six Emmys, a Golden Globe, and a cult fan base. It was also recognized with the "Future Classic" award at the 2004 TV Land Awards. Despite the critical acclaim, however, the show struggled to find a wide audience. At the time of the show's premiere, the producers of the show were sued by the hip hop group Arrested Development over the use of the name.

Fox aired the final four episodes of the third season in a block as a two hour series finale on February 10, 2006; opposite the opening ceremonies of the 2006 Winter Olympics. In the United Kingdom, BBC Two picked up the series in September 2004, and started airing the third season on 24 September 2006. Bravo began airing the first season as a run in to another American import, the Adult Swim block of programming on the 30 August. Showtime was rumored to have offered to pick up the show with at least 26 planned episodes following its release from the Fox Network. The budget would have required Hurwitz to scale down the main cast, which he deemed impossible.

Hurwitz's decision not to continue with the show effectively ended any hopes for the series' continuation, until 2011 when at a reunion hosted by The New Yorker the entire cast and crew announced a fourth season was being planned. After a year and a half of development the fourth season was released in entirety on Netflix on May 26, 2013.

Although Netflix doesn't release statistics of its original programs, the series has been deemed a success by their executives and many critics. In May 2017 it was officially announced that Season Five would release on Netflix in 2018 and 2019.

The main cast of Arrested Development is composed of nine talented comedic actors and actresses. The show follows Michael Bluth (Jason Bateman) who must navigate his family's insanity and to keep his family, namely his son George Michael Bluth (Michael Cera), on a safe and healthy trajectory following the incarceration of his corrupt father George (Jeffrey Tambor) who was masterminded by the even more corrupt and devious Lucille (Jessica Walter).

The series is narrated by Ron Howard and features a slew of guest stars that round out the bizarre world of Newport Beach:

DVDs are available for all four individual seasons of Arrested Development plus a bundled set of the entire first three seasons. 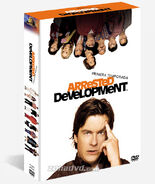 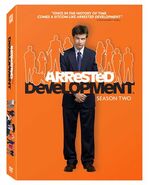 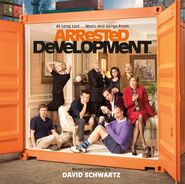