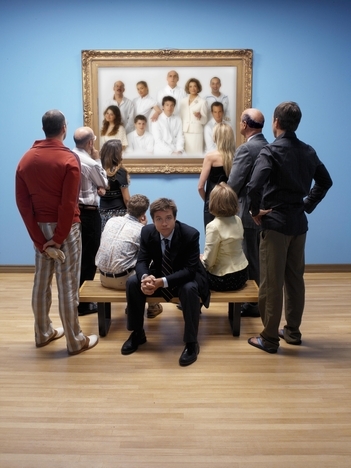 The musicians on the song are George Doering on Tahitian ukulele, Hawaiian ukulele, and finger pop, Schwartz on electric bass and Vox organ, Adam Marcello on drums and percussion, and Jim McVay as the whistler.

Seasons One to Three

Retrieved from "https://arresteddevelopment.fandom.com/wiki/Arrested_Development_(Main_Title)?oldid=49138"
Community content is available under CC-BY-SA unless otherwise noted.