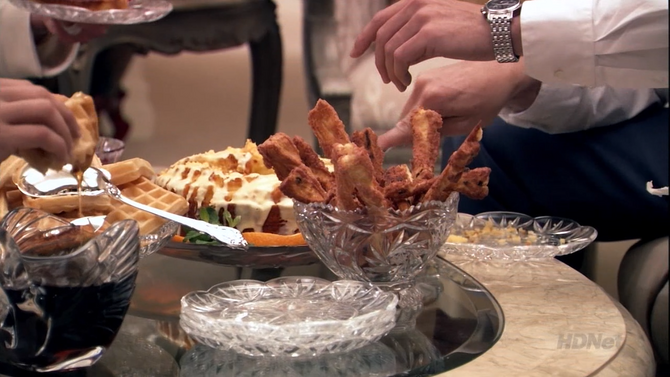 The Atkins diet is a low-carb diet that encourages a healthy consumption of meats in opposition to carbs of any kind. It became wildly popular in the early 2000s when Arrested Development was airing its first season.

The episode "Let 'Em Eat Cake" makes many references to the diet (include the episode's title) and how the diet encourages strange trade-offs. The diet is blamed by both Lucille and George for making their family make rash decisions. The banana stand was hit by the diet, because no one knew if bananas were diet-friendly. There was going to be a FOX 6 segment about the diet but it was killed for a piece on Iraq.

Retrieved from "https://arresteddevelopment.fandom.com/wiki/Atkins_diet?oldid=14585"
Community content is available under CC-BY-SA unless otherwise noted.