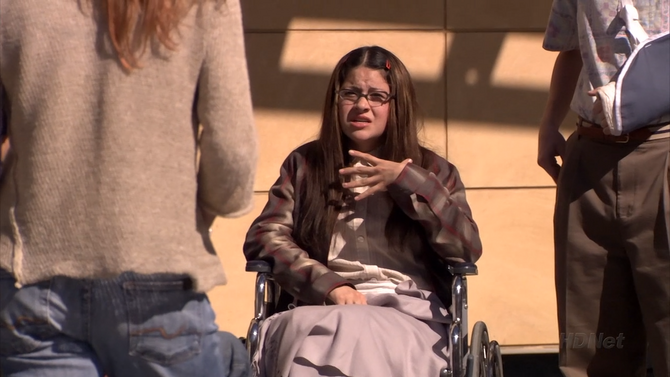 BS is a fictional disease created by Maeby Fünke, and which the equally fictional Surely Fünke suffers from. Its apparent side effects include the inability to walk, and the need to use a wheelchair.

Maeby's deception doesn't fall far from the tree. The Bluth family raised tens of thousands of dollars for the TBA, two years in a row. ("Prison Break-In")

Also, BS is a common abbreviation for "Bullshit", even though this connection is never made explicit in the show.

Maeby was using the fake illness to gather donations from her high school classmates and teachers. ("Altar Egos") She was chastised about the lie by George Michael, and planned on "killing off" Surely as to not raise suspicions. ("Justice Is Blind")

Surely later entered the Miss Inner Beauty pageant at the Church and State Fair, and although she never mentioned her BS, assumed she would lose due to her strange false nose and wheelchair. Instead, she won. ("Notapusy")

Retrieved from "https://arresteddevelopment.fandom.com/wiki/BS?oldid=37162"
Community content is available under CC-BY-SA unless otherwise noted.