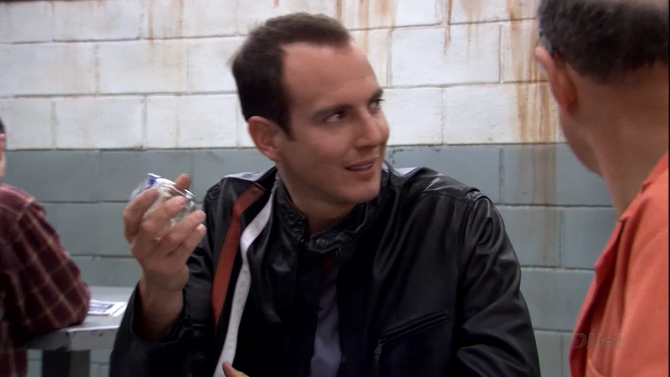 When Lindsay announces she wants to start a bead business, G.O.B. mishears "bees". He then tries to take the idea and run with it, claiming people who buy bees as gifts or for their honey. Unfortunately, on a visit to George Sr., G.O.B. soon learns that bees are unwelcome in prison. ("Let 'Em Eat Cake")

G.O.B. continues with the bee business idea and forms the G.O.B. Bee Company. The bees suffer from colony collapse disorder. After taking them to Johnny Bark to have them treated, they accidentally get loose in his limo and attack Mark Cherry and his posse. (4x7 — "Colony Collapse") He drives the limo to the US/Mexico border and they escape, attacking George's Father B.'s Colony causing it to collapse as well. (4x6 — "Double Crossers")

At Orange County Correctional Facility L.I.T.E., the prison where Lucille is held, the rules posted on the wall include "No touching!" and "No bees." (4x14 — "Off the Hook")

Lindsay: Because, for your information, I have a job.

Michael: Really? What kind of job?

In Season Four, a background gag among the Bluths is that multiple family members have companies including the letter "B":

Retrieved from "https://arresteddevelopment.fandom.com/wiki/Bees?oldid=41525"
Community content is available under CC-BY-SA unless otherwise noted.