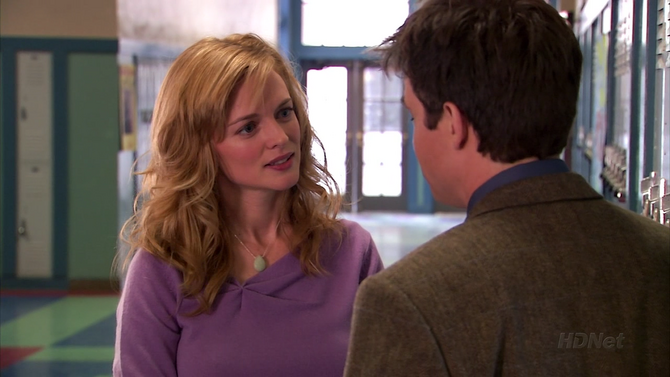 Beth Baerly is George Michael's ethics teacher, and briefly Michael's girlfriend. She has an unusual obsession with Saddam Hussein.

George Michael fell in love with Miss Baerly. Noticing something was wrong, Lindsay attempted to get George Michael to confide in her. She misunderstood him and thought he wanted Miss Baerly as a mother figure in his life. Lindsay told Michael who was smitten by Beth at the next day's parent-teacher conference. They hit it off and had drinks together and slept together at the model home.

The next morning George Michael confessed to Michael that he was in love with Miss Baerly. At that moment, she headed down the stairs and was noticed by George Michael. His father lied to him, saying G.O.B. had slept with her. Michael heads to the high school to break up with her for his son's sake, which she doesn't take well.

That evening at the Diversity Dance, George Michael angrily looks for G.O.B. for revenge. Michael looks for Beth to apologize. They all three meet and Michael confesses the truth to everyone—that he is attracted to Miss Baerly but won't pursue it because he respects his son. Jeremy, a classmate of George Michael's swoops in and jokingly asks Beth for a dance, which she accepts. ("Shock and Aww")