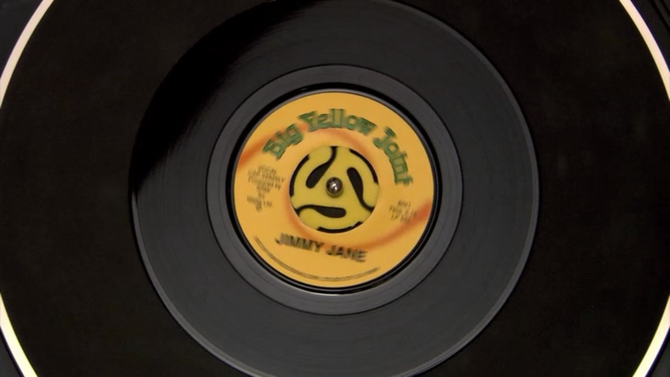 "Big Yellow Joint" is a 1970s hit song inspired by the Bluth's Original Frozen Banana Stand, as it resembles a large yellow marijuana joint and was a popular meeting place for the buying and selling of marijuana at the time. It was written by Jimmy Jane.

The song is first mentioned by the narrator when Buster asks George Michael to buy him pot for Lucille 2. ("Pier Pressure")

The song plays when Maeby and Michael prepare for the Bluth Company holiday party at the banana stand and when Oscar plans his walkabout. A modern cover version plays during the party. ("Afternoon Delight")

It later plays during the banana stand vs. Banana Shack competition photo montage. ("Making a Stand")

It can also be heard in the background of Season 3's "Prison Break-In".

Retrieved from "https://arresteddevelopment.fandom.com/wiki/Big_Yellow_Joint?oldid=47059"
Community content is available under CC-BY-SA unless otherwise noted.