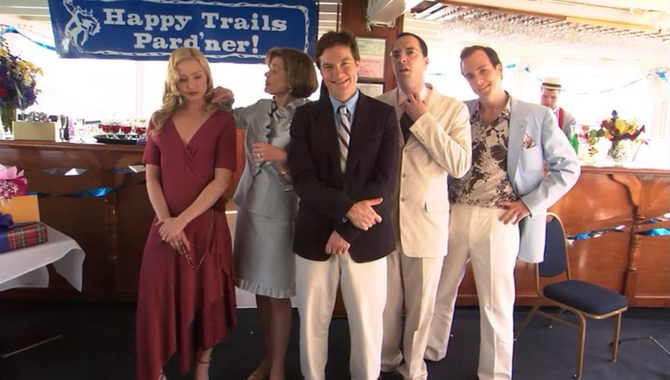 The Bluth Family and friends of the family love cursing, which is bleeped during episodes of Arrested Development.

In season five, the word "shit" was left out unbleeped and, in "Rom-Traum", the recording of Michael saying "Mom's fucking cottage" is also unbleeped, but every other profanity is still bleeped.

Retrieved from "https://arresteddevelopment.fandom.com/wiki/Bleeps?oldid=53320"
Community content is available under CC-BY-SA unless otherwise noted.