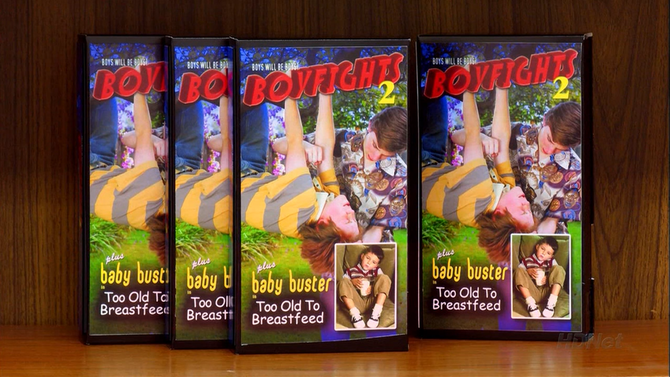 Boyfights was the result of George's ongoing scheme of goading Michael and G.O.B. into fighting each other as children, believing it would make his sons tougher.

These encounters were videotaped and sold under the series name Boyfights, which were accompanied by short films centered on Buster (the 'Baby Buster' shorts). ("Making a Stand") Buster acknowledges his minor celebrity as 'Baby Buster' on the phone when calling for help. ("Family Ties")

Maeby tells George Michael to put a video of him punching Michael in the face on a website called Dadfights, riffing on the Boyfights concept (with sons fighting their fathers instead of brothers fighting each other). She then talks to him about That'sWhatSon, where dads fights their sons. ("Family Leave")

Lucille mentions hiding the money from these videos before she and George Sr. went to trial in 1988. ("Saving for Arraignment Day")

The videos, sold as Luchas de Muchachos, were a hit in the Latin American market.