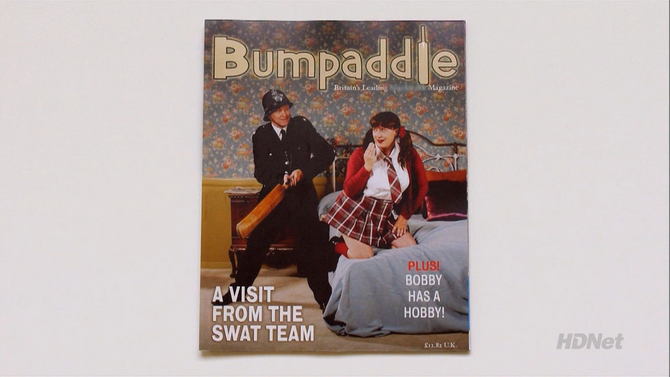 Bumpaddle Magazine is Britain's leading [redacted] magazine. Uncle Trevor has an issue that he poorly hides and Rita has found. He tried to cover it up, claiming it is a cricket magazine.

Before finding out Rita is an MRF ( Mentally Retarded Female), Michael invites her for a night of passion in a hotel. She brings a Bumpaddle with her. ("The Ocean Walker")

Add a photo to this gallery
Retrieved from "https://arresteddevelopment.fandom.com/wiki/Bumpaddle?oldid=32241"
Community content is available under CC-BY-SA unless otherwise noted.