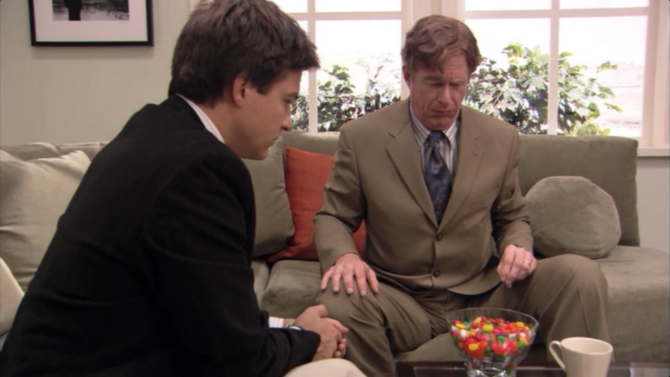 Candy beans are a favorite treat of Michael Bluth.  The rest of the world calls them "jelly beans."

Tobias is seen with a bowl of candy beans while talking to Michael in the model home. ("Burning Love")

After feeling rejected by Rita, Michael sullenly eats a bowl of candy beans in the stair car. ("For British Eyes Only")

After convincing Rita to not have sex (after discovering she is an MRF Michael eats a $15 bowl of candy beans to reward himself. ("The Ocean Walker")

At the Gothic Castle, G.O.B. tells George Michael he needs him to pose as his gay lover for some believable arm candy...bean.

Add a photo to this gallery
Retrieved from "https://arresteddevelopment.fandom.com/wiki/Candy_beans?oldid=49813"
Community content is available under CC-BY-SA unless otherwise noted.