Carl Weathers (born January 14, 1948) is an American actor, who plays Himself in Arrested Development.

Carl Weathers was born in New Orleans, Louisiana. A famous and successful football star at San Diego State, he played with the Oakland Raiders and retired from the sport in 1974, in order to give full attention to his goal: to be a real actor.

Weathers first played small parts in two blaxploitation flicks, Friday Foster (1975) (in which he played "Yarbro") and Bucktown (1975) (playing "Hambone"), both made in 1975 and directed by Arthur Marks. However, his big break came the following year when producers Irwin Winkler and Robert Chartoff chose him to play "Apollo Creed" in the blockbuster "sleeper" Rocky (1976) (real-life boxing legend Ken Norton was originally signed for the part, but it eventually went to Weathers).

He went on to play "Creed" in three other "Rocky" movies, and the characters' adversarial relationship eventually evolved into a warm friendship. After Creed's death in Rocky IV (1985), Weathers met with producer Joel Silver and agreed to play an important supporting role in Predator (1987), an action film starring Arnold Schwarzenegger. The following year, Silver produced Action Jackson (1988), a first starring role for Weathers, but it performed poorly at the box office and was panned by the critics. During the 1990s, Weathers starred in four In the Heat of the Night (1988) two-hour TV specials that were much better received by critics and viewers alike.

In 1996, he played the part of "Chubbs Peterson" in the blockbuster Adam Sandler comedy Happy Gilmore (1996). He returned to his "action roots" in two TV-movies with Hulk Hogan: Assault on Devil's Island (1997) and Assault on Death Mountain (1999). In addition to his acting career, Weathers is also a member of the Big Brothers Association and the U.S. Olympic Committee, handling the career of athletes of various sports such as gymnastics, wrestling, swimming and judo. 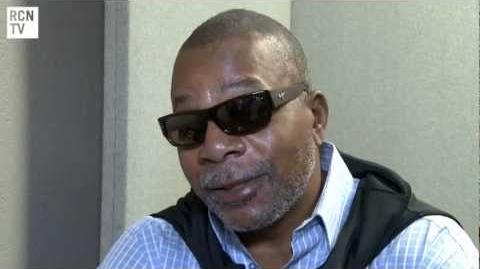 Retrieved from "https://arresteddevelopment.fandom.com/wiki/Carl_Weathers_(Actor)?oldid=46138"
Community content is available under CC-BY-SA unless otherwise noted.