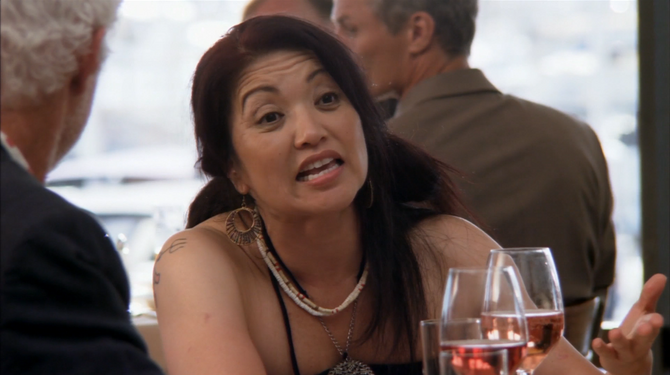 China Garden is both the name of a recurring character in Season Four of Arrested Development, and the name of a Chinese food restaurant chain that people mistake her for.

She can be identified by her extremely loud voice and prominent Chinese accent. She is the niece of Olive Garden, a woman who was in the Jade Dragon Triad prison gang with Lucille Bluth. ("Queen B.")

China Garden wrote to Dr. Norman when he was in prison and when he was released they became lovers. They lived with Oscar Bluth and Heartfire on the border of US and Mexico and consumed maca. She helped work at George's Father B.'s Colony and later slept with a sexually ornery Oscar. ("Borderline Personalities") She was present when G.O.B.'s bees destroyed the colony. ("Double Crossers")

She continued to live on the land after the Colony collapsed, and hired a Mongolian horde for G.O.B. to build the US/Mexico wall. ("A New Attitude")

Retrieved from "https://arresteddevelopment.fandom.com/wiki/China_Garden?oldid=53847"
Community content is available under CC-BY-SA unless otherwise noted.