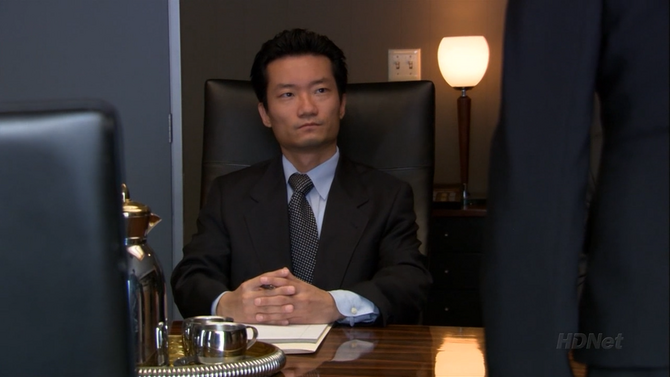 When Wayne offered Michael an offer about giving him immunity in exchange for his father's location, Cho assisted in the stare down. ("Sad Sack") Cho is also present when Wayne has Michael arrested for lying about George Bluth's whereabouts. ("Righteous Brothers")

Later, when meeting with Michael about his brother G.O.B.'s troubles in Iraq, Cho assisted in a similar stare down. He also reminded Wayne of Buster's song requests and chided him for not showing a news clip online, and relying on the TV news. ("Exit Strategy")

→ See 9 pictures of Cho at Images of Cho.

Retrieved from "https://arresteddevelopment.fandom.com/wiki/Cho?oldid=32260"
Community content is available under CC-BY-SA unless otherwise noted.