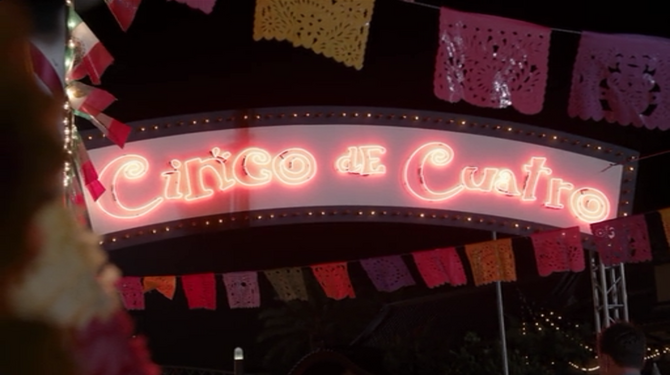 Cinco de Cuatro is a Newport Beach holiday started by Lucille and George Bluth in 1982 as a way to destroy all Cinco de Mayo food and decorations so Lucille's Hispanic staff wouldn't take May 5 off as part of their "war on May the 5th".

The festival grew over the years and was eventually embraced by the Hispanic community. The annual event concludes with a boat parade called "The Festival of Lights," a phrase the Bluths wanted to reclaim.

Narrator: The holiday started as a particularly vicious response by a young Lucille Bluth to the Mexican holiday of Cinco de Mayo.

Lucille: We should start our own holiday.

Narrator: You see the Hispanics of Newport liked Cinco a lot. But high up on Coast Highway, Lucille Bluth did not. [...] And then Lucille had a horrible thought. A thought that was thoughtless and better to not. "What if" she thought, with a sneering grin...

Lucille: ...next year what if the party didn't even begin?

Narrator: And so began a holiday on the eve of the fifth of May, originally intended to deplete the party supplies the Cinco de Mayo celebrants were relying upon. Over 30 years, however, it grew and was soon embraced by the Hispanic community — for financial reasons.

From "Flight of the Phoenix"