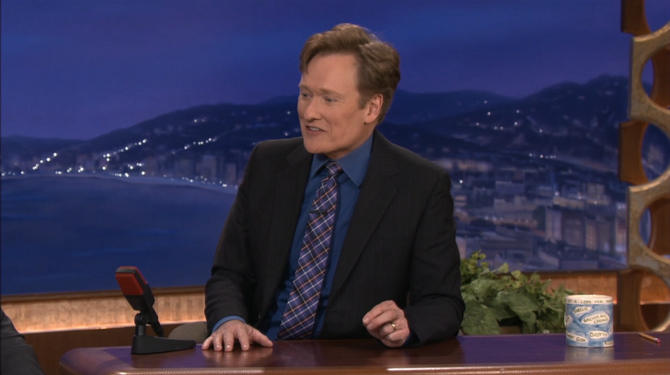 Conan appears as himself in the Season Four episode "The B. Team."

When Michael Bluth visits Andy Richter on the set of Conan and asks him to portray George Bluth in the Untitled Michael B. Project, Conan walks up to the two men and open insults Andy in front of Michael and his hair dresser. Later, Andy is unable to return to the set of Conan so Rocky Richter-Wang fills in and makes an offensive joke about both Conan O'Brien and Ron Howard. ("The B. Team")

Retrieved from "https://arresteddevelopment.fandom.com/wiki/Conan_O%27Brien?oldid=38487"
Community content is available under CC-BY-SA unless otherwise noted.