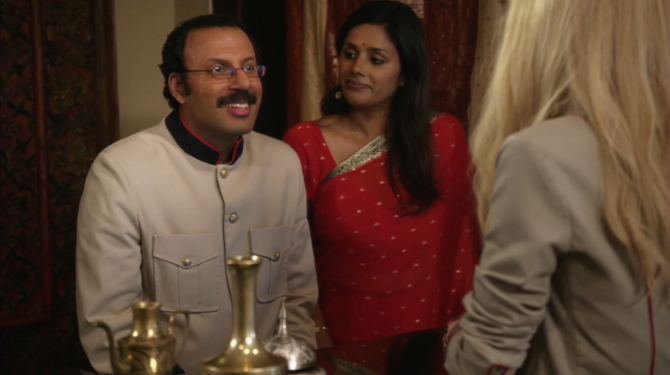 The Concierges work at the Four Seasons Hotel, Shuturmurg, India.

While Lindsay Bluth Fünke was travelling in India, she stayed in the Four Seasons Hotel, Shuturmurg, India, until the male Concierge Animesh, told her that he AmEx card had maxed out and her Shaman visit was cancelled - she was then told to leave.

Retrieved from "https://arresteddevelopment.fandom.com/wiki/Concierge?oldid=53819"
Community content is available under CC-BY-SA unless otherwise noted.