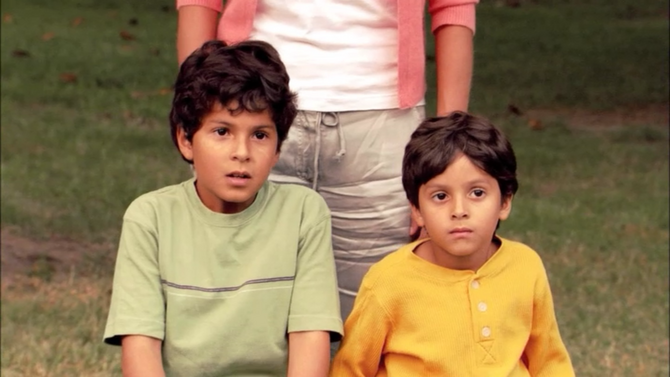 Cortesio Estrella is the younger of Marta Estrella's two sons. His older brother is Amable.

Cortesio is seen with his brother and Marta for nearly all of his appearances. He is seen with his family and G.O.B. eating lunch in their backyard. ("Bringing Up Buster") He appeared with his mother during her interview on ¡Acceso Mexico!. ("Key Decisions")

He is frightened by G.O.B.'s Real apple, real neck illusion and screams and runs away. ("Storming the Castle")

When Michael is on a witch-hunt for a man named Hermano, Amable teaches him that "hermano" means "brother" in Spanish by showing him Cortesio. ("Marta Complex")

Retrieved from "https://arresteddevelopment.fandom.com/wiki/Cortesio_Estrella?oldid=32271"
Community content is available under CC-BY-SA unless otherwise noted.