Actor
David Cross (born April 4, 1964) is an American actor, writer and stand-up comedian perhaps best known for his work on HBO's sketch comedy series Mr. Show and for his role as Tobias Fünke in Arrested Development.

David Cross is an actor and writer, known for his standup work, Eternal Sunshine of the Spotless Mind (2004), Small Soldiers (1998) and Kung Fu Panda (2008). Cross created, wrote, executive produced, and starred in The Increasingly Poor Decisions of Todd Margaret; developed and had a prominent role in the Comedy Central animated sitcom Freak Show; and has a recurring role in the ABC sitcom Modern Family. Cross portrayed Ian Hawke in the live-action / CGI Alvin and the Chipmunks films.

On March 29, 2010, his first comedy special in six years, "Bigger and Blackerer", was streamed on Epix HD. A CD with "slightly different content" was released on May 25, 2010. Cross starred alongside Julia Stiles and America Ferrera in the dark comedy It's a Disaster, which premiered at the 2012 Los Angeles Film Festival. Oscilloscope Laboratories has acquired the US distribution rights to the film, and plans to release it in select theaters starting April 13, 2013. His directorial debut film Hits, premiered at 2014 Sundance Film Festival. He has been married to Amber Tamblyn since October 6, 2012. 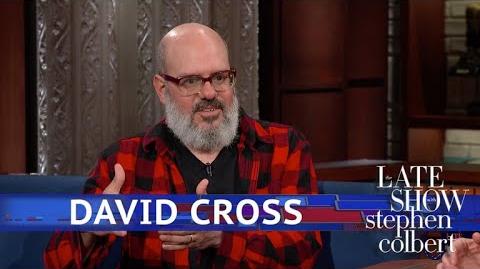