David Schwartz is the composer of original music for all four seasons of Arrested Development.

After attending the School of Visual Arts in New York and the Berklee College of Music in Boston, David got a start on his musical career by performing with several acts and symphonies. In 1990, David began composing music for film and television. He earned a Grammy nomination for his work in 1992 for Northern Exposure. He continued on Northern Exposure for the series' 7-year run and has worked on dozens of other projects.

In 2003 Mitch Hurwitz asked Schwartz to compose music for Arrested Development. He composed for the first three seasons and returned in 2012 and 2013 for Season Four, earning him an Emmy nomination.

David Schwartz is the father of singer-songwriter Lucy Schwartz, who wrote and performed the song "Boomerang" in the episode "Blockheads". 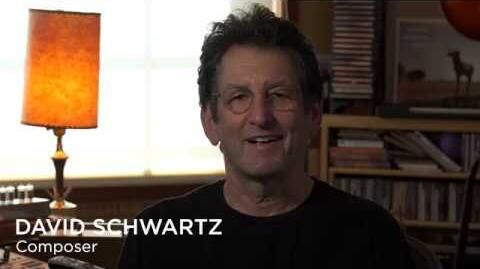 Retrieved from "https://arresteddevelopment.fandom.com/wiki/David_Schwartz?oldid=54830"
Community content is available under CC-BY-SA unless otherwise noted.