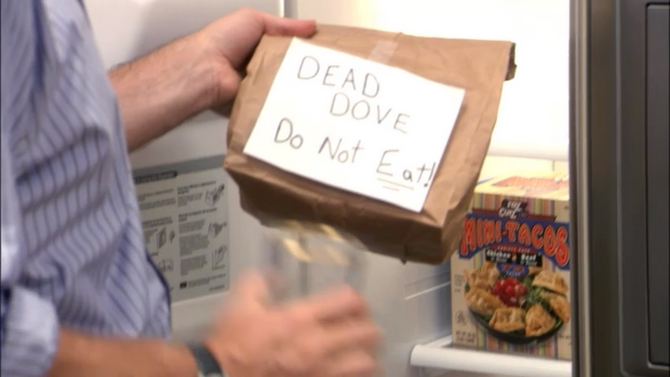 G.O.B. has a bad history of keeping doves alive. He uses them for his hidden dove illusion.

Immediately after buying a dove at the pet store, he walks out with it in his jacket. He claims it died in the middle of an act, but surveillance footage shows that it most likely died when he walked into the pet shop's door with it inside his coat. He later tosses the dove into the ocean. ("Top Banana")

During multiple botched performances of his hidden dove illusion, dead doves hurdled out of his suit. ("The Immaculate Election") ("Spring Breakout")

G.O.B. gives Rebel a dove during a performance and she took it home in her purse. She slammed her purse on her counter, killing the dove. She placed it in a paper bag and wrote Dove (Bar) on the bag to remember where it came from, and placed the bad in her freezer. ("A New Attitude") Years later, Michael opened the bag and found the dead dove, and instantly assumed it was G.O.B.'s. ("Queen B.")