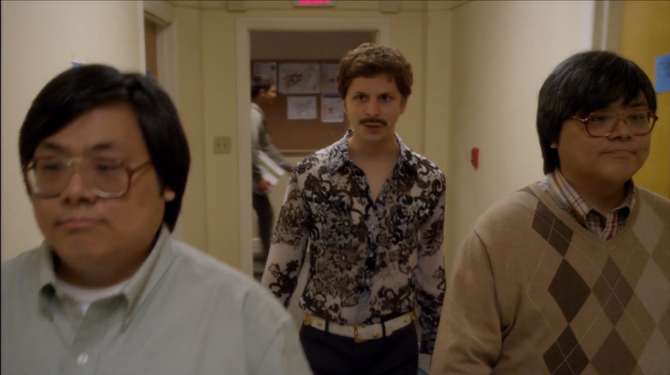 Dean and Doug Fleer work in the housing department at the University of California at Irvine. They are also members of Twin Club.

Dean and Doug give George Michael Bluth an extra-large dorm room all to himself because they think he is a set of twins. ("Flight of the Phoenix") ("It Gets Better") They are then called in to mediate a fight between him an Paul 'P-Hound' Huan after he moved into the dorm. They did not want to be seen as voting alike just because they were twins so they always split their votes. ("Blockheads")