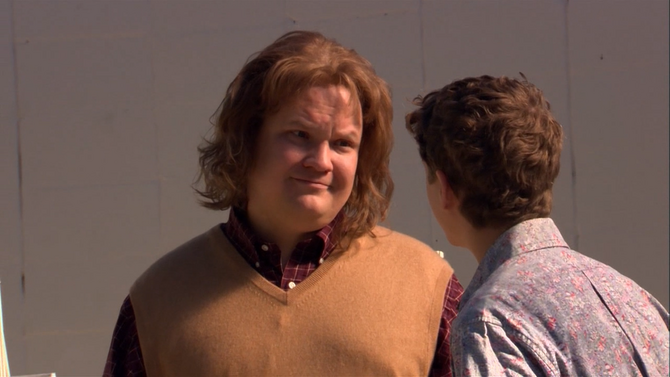 Donnie Richter is Andy Richter's identical twin brother, and a teacher at Openings school. He is George Michael's teacher for the short period that George Michael attends.

He is also identical brother to Chareth, Rocky and Emmett Richter.

George Michael begins attending Openings with Donnie as his teacher. Donnie asks him to open up and talk about his true feelings about his father. This assignment makes George Michael uncomfortable so he asks Maeby to write it for him. She writes about her own father, Tobias, and when George Michael reads the hateful speech he, Donnie, and Michael (watching from afar) are shocked. Michael approaches Donnie and threatens him with poisoned muffins. ("S.O.B.s")

Retrieved from "https://arresteddevelopment.fandom.com/wiki/Donnie_Richter?oldid=32284"
Community content is available under CC-BY-SA unless otherwise noted.