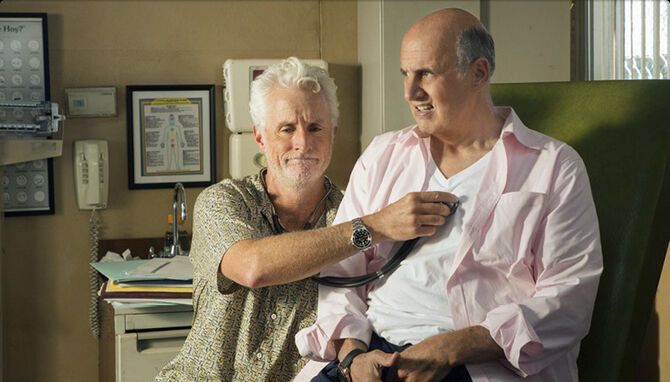 George's new business hits a rough patch and he must bribe a politician to get his scam back on track.

George meets with Herbert Love at his fundraising dinner and bribes him with a $50,000 check obtained from Lindsay to sponsor building the wall between America and Mexico. Meanwhile, Oscar, posing as George, makes love with Lucille who unwittingly reveals the entire land plot to him. Driving back to Mexico, George watches as Love announces on FOX 6 that he supports building the wall. Back at the sweat lodge, he discovers that his land is entirely in Mexico so he calls Barry to try and get Love to flip flop, but Love wants another bribe. At that moment, G.O.B. arrives in his limo. Lucille had told Oscar that she wanted G.O.B. involved in the project to groom him to be the Bluth Company president. George lets G.O.B.'s bees out of the limo and the swarm destroys his sweat lodge community. Oscar then powerfully stands up to George and storms off, claiming he is going to continue posing as him.

George calls Lucille who tells him to get Love to oppose the wall at any cost. Afraid that he is losing his masculinity, George meets with Dr. Norman who tests his testosterone and leads George to believe that the Divine Spirit he saw while eating maca actually cursed him. Thinking he is going to Orange County Imaging, George walks into Orange County Imagine and sees Michael. He agrees to sign his release papers if Michael convinces Herbert Love to oppose the wall. He meets with Lucille and has no gusto to make love to her. She suggests that they convince Love to build enough of the wall to trigger the government payment to the Bluth Company, but not enough to eliminate the value of their Mexican land.

George convinces Michael to give G.O.B. a job so the brothers meet at the model home and brag about how great their lives are (even though neither is happy). They drink John Beard's Mike's Hard Lemonade and talk about Michael's fear of Ron Howard over his interest in Rebel Alley. G.O.B. suggests Michael show George Michael how successful he is by inviting him to the Ealing Club in order to get his rights for the Bluth family movie.

George and Buster film a video showing a built "wall", actually filmed while driving in circles around a Hall & Burton's Frozen Goat Cream silo. At Cinco de Cuatro Michael tells George that he got Love against the wall and that he was going to make love to Lucille Austero. George then gives the wall plan away to Lucille Austero who forbids him to use the Bluth Company (which she owns) to build the wall, a political agenda she opposes. George then meets with Dr. Norman who tells him that his testosterone levels were so low they were in the "baby" range. He moves back to Balboa Towers and begins living life as a woman. 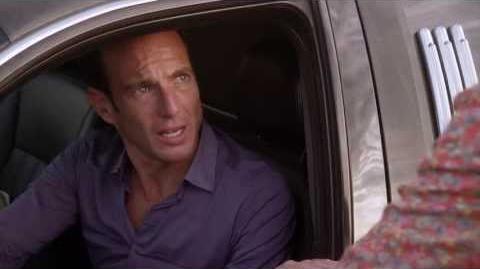 Michael: Lindsay... no this... maybe Tobias. Narrator: It was John Beard.

In the chronological re-cut of season 4, footage from Double Crossers is used in 10 different episodes. The original cut of Season 4 is slightly longer than the re-cut version. Because of this, various lines of dialogue and sometimes even scenes are cut. These changes, as well as which scenes appear in which remixed episode, are listed below:

Herbert Love: You want me to reach in my pocket to pay for your birth control? I get to reach in your pocket and put it in.

Narrator: Buster had indeed made the map as a cartography student because the class where you get to see naked people and draw them was full.

Dr. Norman: You know, the Hopi Indians believed that this spot here, when manipulated, can create sexual feelings.

Dr. Norman: I don't know the exact numbers, but it's somewhere in the "baby" range.