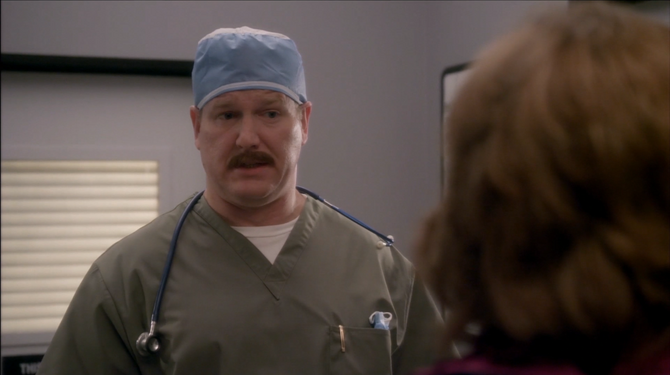 Dr. Fishman is portrayed by Ian Roberts and appears in six episodes of Arrested Development.

Dr. Fishman, also known as The Literal Doctor is a doctor at the local hospital who has treated various members of the Bluth family. He has a way with words that makes situations sound either much more dire or more favorable than they really are. Lucille refers to him as "Doctor Wordsmith."

After George suffered a heart attack during a polygraph test he was rushed to the hospital and treated by Dr. Fishman. When George escaped out the window Dr. Fishman told Michael "we lost him". The Bluth family assumed he meant George had died, and became upset when they realized he was just being literal. ("Let 'Em Eat Cake")​ 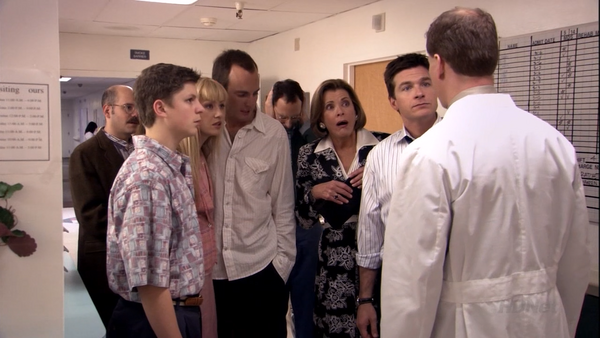 Dr. Fishman later treats Tobias after he is run over in a car by Barry. He tells the family "it looks like he's dead" but is just referring to Tobias' Blue Man Group body makeup. ("The One Where Michael Leaves")

Michael: Uh, just to be clear: looks like he's dead, or he is dead?

Dr. Fishman: It just looks like he's dead. He's got, like, blue paint on him or something. But he's going to be fine. 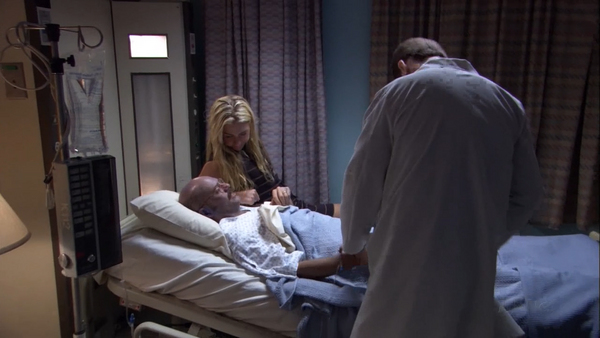 While visiting Tobias in the hospital, Dr. Fishman tells Lindsay that she looks really hot. She is later admitted to the hospital with a 104 degree fever.

Narrator: On the next Arrested Development, Lindsay almost stumbles upon a dating opportunity...

Narrator: ... but instead is admitted to the hospital with a fever of 104. 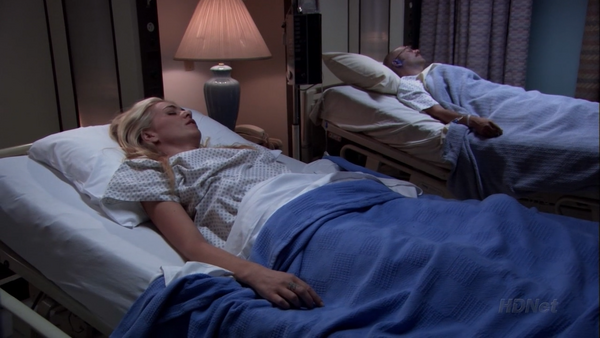 Dr. Fishman later tells Buster that he is going to be "all right" after a seal ate his left hand. The family took it to mean that Buster would fully recover, but the doctor meant that he would only have a right hand. ("Hand to God")

Dr. Fishman: Excuse me. Are you the Bluths?

Dr. Fishman: He’s going to be all right.

Lindsay: Finally some good news from this guy.

George Michael: There’s no other way to take that.

Dr. Fishman: That’s a great attitude. I got to tell you, if I was getting this news, I don’t know that I’d take it this well.

Lucille: But you said he was all right.

Lucille: You son of a bitch. I hate this doctor!

Lindsay: How do we keep getting this guy?

Dr. Fishman: Yes, that’s more the way I would take the news. 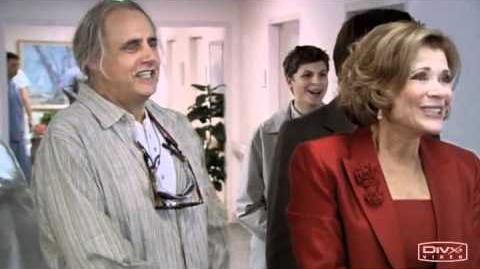 Dr. Fishman treats Michael at the hospital while suffering a rupture ulcer. Learning from previous encounters, Michael asks the doctor to elaborate before assuming the worst. ("Sword of Destiny")

Lucille: Oh, no, you’re not taking care of my son.

Dr. Fishman: I’m sorry to say this, but it’s too late for me to do anything for your son.

Dr. Fishman: Because Dr. Stein here has already been assigned to his case. You’re lucky. He’s the best. 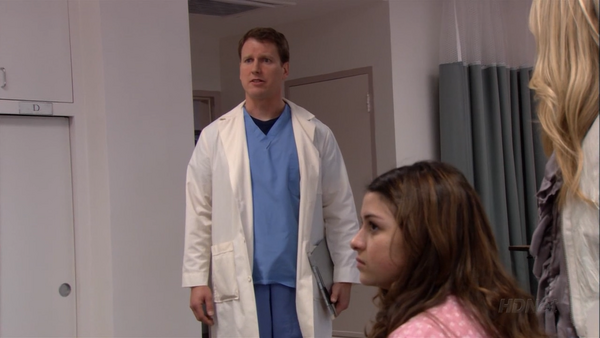 Dr. Fishman has transferred to a hospital in Shuturmurg, India. After Tobias was hit by a bus outside the airport, he was overseeing the interns attending to him. He said that he "broke his skull in two places", meaning locations in India, not necessarily places on Tobias' skull. Tobias continues this misunderstanding when he hurts his head by falling off the hospital bed and later when his head is smashed through the model home's door in JB's TEALP:OCE:SC. ("A New Start")

Dr. Fishman: This man here broke his skull in two places. Once outside the airport and once in the elevator when his sheet got caught and he was pulled off his gurney.

From "A New Start" 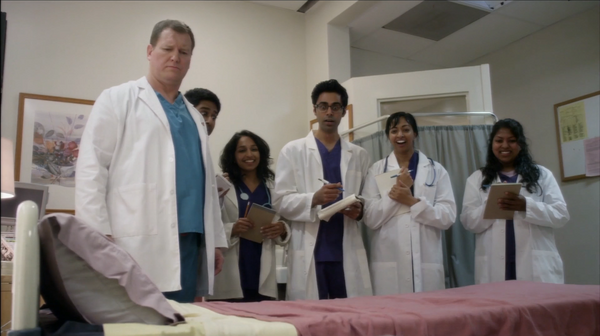 He informs Lucille than Buster "went down" while piloting a drone over Afghanistan and the only thing they could do was "give him a big hand". Lucille assumed he meant that Buster died and the Army appluaded him, but instead Buster fell down and was given a cybernetic left hand. ("Off the Hook")

Lucille: What happened? Where's my son?

Dr. Fishman: Mrs. Bluth, your son went down while piloting a plane over Afghanistan.

Dr. Fishman: He deserves a big hand for that, and we gave him one. I'm afraid besides that, there's nothing we can do.

From "Off the Hook" 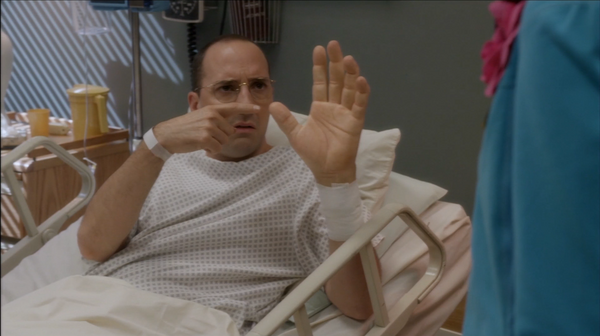 Retrieved from "https://arresteddevelopment.fandom.com/wiki/Dr._Fishman?oldid=53820"
Community content is available under CC-BY-SA unless otherwise noted.