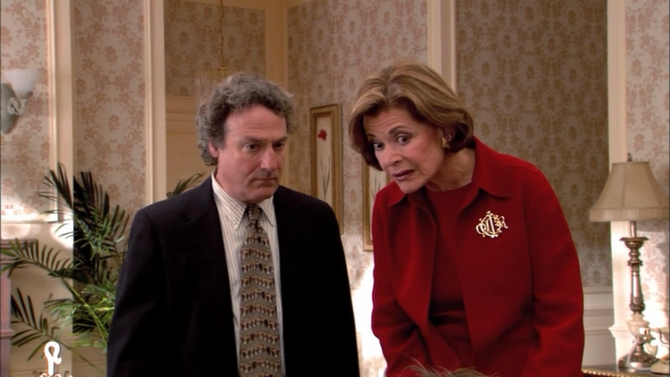 Dr. Miller is the Bluth family's doctor. He likes to wrap gauze around his patients heads and has been known to administer extremely strong pain killers.

When Buster begins acting up after getting Lucille 2's phone number at Los Premios Desi, Lucille threatens to call Dr. Miller to calm him down. ("Key Decisions")

When Lucille wrecked her car and Michael hit his head on Buster's rock, Dr. Miller doped him up with painkillers and wrapped his head with gauze. Buster, moments later, jumped through Lucille 2's plate glass door and Dr. Miller gave Buster a head wrap as well. ("My Mother, the Car")

Lucille blows Tobias' eardrums out with her rape horn and he gets his head wrapped in gauze. It is unknown if it is was Dr. Miller's handiwork. ("Afternoon Delight")

Retrieved from "https://arresteddevelopment.fandom.com/wiki/Dr._Miller?oldid=13722"
Community content is available under CC-BY-SA unless otherwise noted.