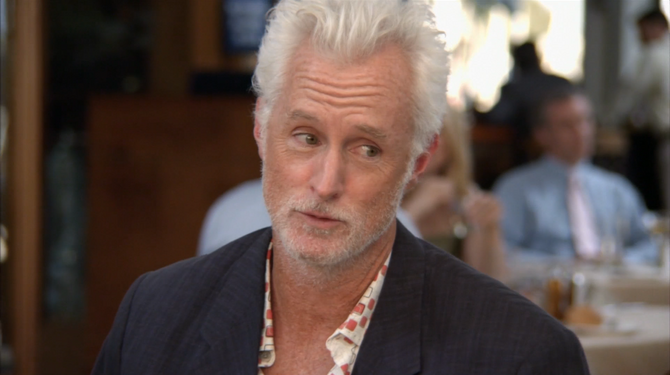 Dr. Norman is a drug-addicted disgraced anesthesiologist who befriends Oscar Bluth in the southern Californian desert. He tries to give George some medical advice.

Dr. Norman, Heartfire, China Garden, and Oscar dine at the Balboa Club. George enters and joins them. They tell him about their land on the US/Mexico border and he offers to buy it. He stays on the land eating maca and practicing anesthesia on animals. ("Borderline Personalities")

He stays on the land until G.O.B. arrives and his bees destroy the resort. He then tests George's testosterone level and gives him medical advice. On the night of Cinco de Cuatro Dr. Norman throws drugs into the bay and tells George that his testoerone levels are extremely low. ("Double Crossers")

Dr. Norman continues to throw the remains of his medical career into the bay and DeBrie finds some pills, takes them, and passes out in garbage. ("Smashed")

Retrieved from "https://arresteddevelopment.fandom.com/wiki/Dr._Norman?oldid=54097"
Community content is available under CC-BY-SA unless otherwise noted.