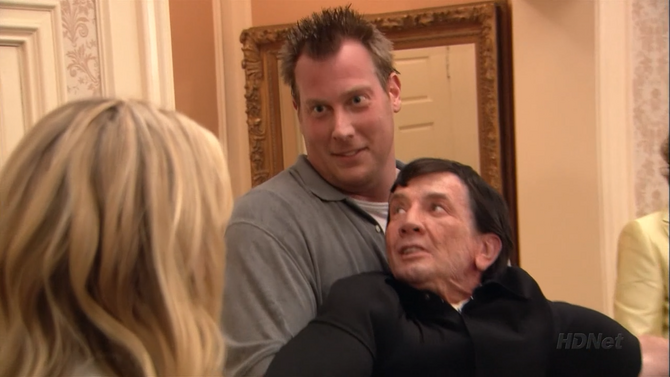 Dragon aids Jack Dorso by carrying him everywhere he needs to go. He is a deaf mute but is very strong.

After losing the use of his legs, Jack Dorso hired Dragon to carry him around because he refused to "go wheelchair." Still living in the glory years of Red McGibbon and Bullet: Nazi Hunters, Jack Dorso would tell Dragon "shoot me!" as if he were still Bullet.

While being asked by the Bluth family for money, Dragon was flirting with Lindsay Bluth Fünke, whom Jack was also attracted to. They all three went on a romantic date, Lindsay trying to elicit cash from Uncle Jack. ("Ready, Aim, Marry Me")

Add a photo to this gallery
Retrieved from "https://arresteddevelopment.fandom.com/wiki/Dragon?oldid=32290"
Community content is available under CC-BY-SA unless otherwise noted.