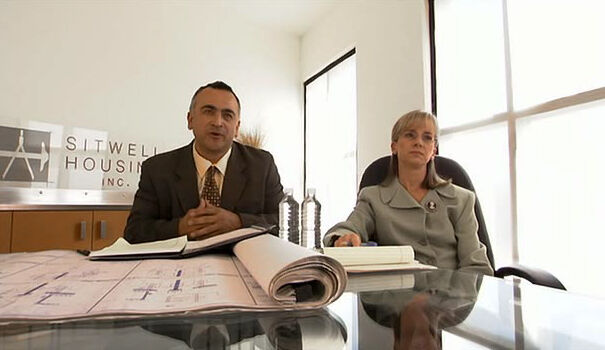 Enrique is an executive for Sitwell Housing Inc. and has the responsibility of negotiating potential business deals.

Enrique negotiates with Michael in the hopes that he will consider accepting a position with Sitwell. He also offers to put Michael in one of the finest estates located in Arizona and chuckles when Michael inquires, "Attic or main house".

G.O.B. also attempts to negotiate with Enrique, however, as he explains, the company was only interested in Michael and that G.O.B. had not even prepared a list of references. Upon hearing this, G.O.B. released a concealed dove and stated that this was reference enough. Enrique then suggested a letter of recommendation. ("Pilot")

Retrieved from "https://arresteddevelopment.fandom.com/wiki/Enrique?oldid=35256"
Community content is available under CC-BY-SA unless otherwise noted.