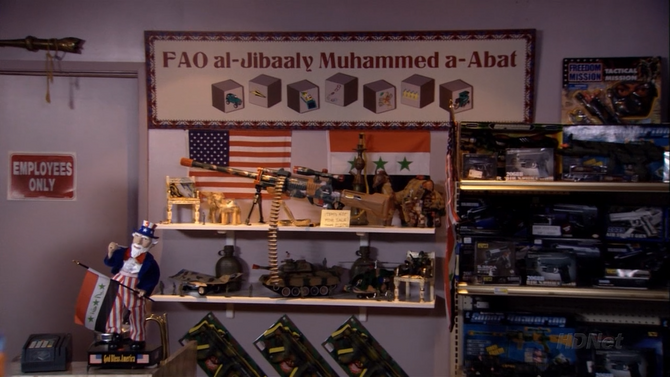 George arranged a job for Buster at FAO al-Jibaaly Muhammed a-Abat but Buster left because the job was exploiting his handicap: he was a security measure to scare kids from stealing toys. Buster quit and stole the sign reading "I Stole". After he left, the store owner kept his fake hand with the sign "He Stole" as an alternate deterrent. ("Making a Stand")

Retrieved from "https://arresteddevelopment.fandom.com/wiki/FAO_al-Jibaaly_Muhammed_a-Abat?oldid=32297"
Community content is available under CC-BY-SA unless otherwise noted.