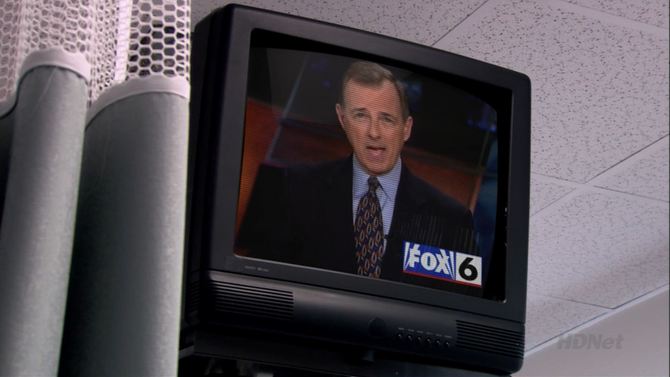 FOX 6 is the news station in The Orange County that often covers the Bluth family's issues and drama. The lead anchor is John Beard, and one of the reporters is Trisha Thoon. FOX 6 is a Fox Network affiliate.

During the "Halted Development" story (a joke about the phrase "arrested development") John Beard quits FOX 6. He takes a job at Good News O.C. with John, Jackie, and Joan before hopping around to several other news stations.