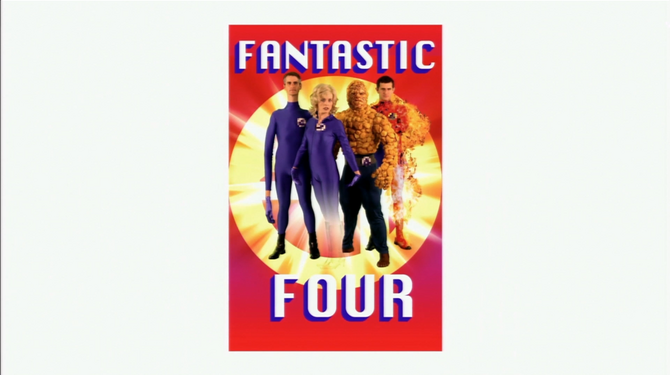 Fantastic Four is a comic book series that was developed into a movie released by Imagine Entertainment in 1992 after a drunken lawyer at a Christmas party reminded them the rights to a film version would expire after six days. The main cast were actually caterers for the party; including DeBrie Bardeaux.

Another odd connection to the real-world is that director Josh Trank appears as a process server who delivers Tobias a cease-and-desist order in "A New Start." Trank directed the 2015 Fantastic Four reboot which was a critical and commercial failure, similar to Tobias's version.

After meeting DeBrie Bardeaux at the Garden Grove Methadone Clinic, Tobias was honored to learn she appeared in the film version of Fantastic Four. He decided to dress her up at Sue Storm and become sidewalk performers. He then dressed up as Mr. Fantastic but nobody recognized. Only after dressing up as The Thing were they recognized, unfortunately by Feinberg, Feinberg, Feinberg, and Feinberg who served them copyright infringement papers. They appeared as performers for a long time before both DeBrie and Tobias individually ended up at Austerity. ("A New Start")

In order to keep DeBrie interested in him, Tobias proposed making a musical version of Fantastic Four. Ron Howard refused to give Tobias the rights so instead of admitting defeat, Tobias lied and staged the poorly written and poorly acted Fantastic 4: An Action Musical starring Argyle Austero and patients including Mark Cherry, Lucille, DeBrie and Emmett Richter at the 2012 Cinco de Cuatro festival. ("Smashed")

Retrieved from "https://arresteddevelopment.fandom.com/wiki/Fantastic_Four?oldid=53581"
Community content is available under CC-BY-SA unless otherwise noted.