Father Marsala is, alongside Pastor Terry Veal, co-host of the Miracle Network's And As It Is Such, So Also As Such Is It Unto You. He is also the creator of Father Marsala's John the Baptist (a "searing docu-drama"), the anti-abortion drama Embryo Dan: It Would Have Been a Wonderful Life, and the light-hearted comedy A Jew Came to Dinner, the leading roles of these were played by Tobias Funke. 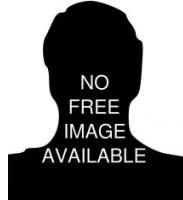