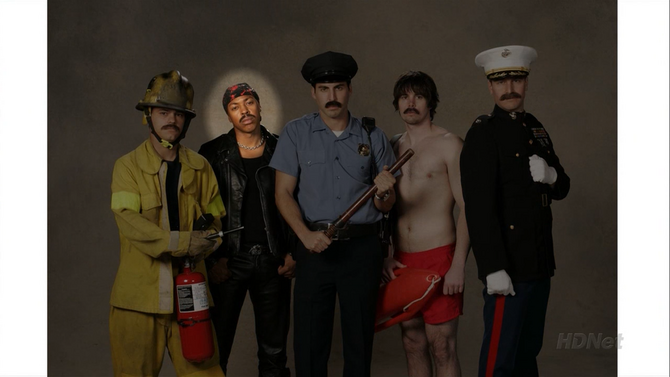 Freddie Wilson is a singer of a Village People-like band mentioned by Tobias. Assumably he is quite expressive, as Tobias was sarcastically drawing a similarity between him and the mumbling George Michael. Tobias tries to save face when Michael and Lindsay don't recall who he is, but the neverending question of Is Tobias gay? lives on. ("S.O.B.s")

In the original draft of the "S.O.B.s" script and in early closed captioning, Victor Willis of the Village People was the original line, but was changed to Freddie Wilson.

Lindsay: You should send George Michael to Openings, too.

Tobias: Yes, it could help him express his feelings.

Tobias: Yes, he’s a regular Freddie Wilson, that one.

Michael: I don’t know that reference.

Lindsay: I don’t either.

Tobias: I don’t know either.

From "S.O.B.s"
Community content is available under CC-BY-SA unless otherwise noted.