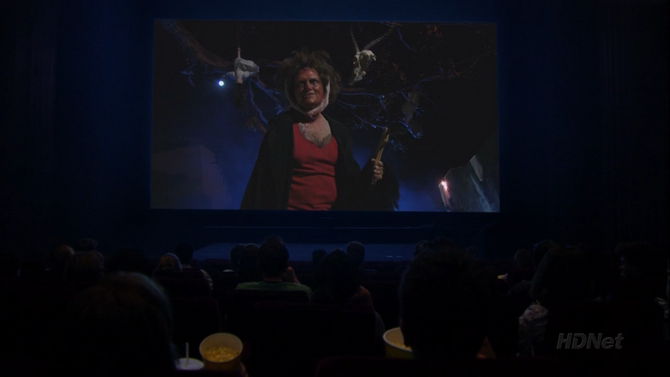 Gangie is a horror film produced by Maeby Fünke and Mort Meyers or Tantamount Studios. The film floundered through production, with Maeby struggling to find a realistic and frightening "blood sucker" monster. (One version of the monster was reported to look like Alf.)

After running into a recently chemical-peeled "Gangie" (a pet name the Bluth family uses to refer to their matriarch Lucille Bluth) Maeby snapped a photo with her cameraphone. After test audiences responded in horror to the image, Mort and Maeby decided to start production on Gangie 2. ("Making a Stand")

Maeby had continued to make Gangie 3 and Gangie 4: Facelift, for which she received a $50,000 check that her mother took and gave to her grandfather. ("Double Crossers")

Add a photo to this gallery
Retrieved from "https://arresteddevelopment.fandom.com/wiki/Gangie?oldid=53151"
Community content is available under CC-BY-SA unless otherwise noted.