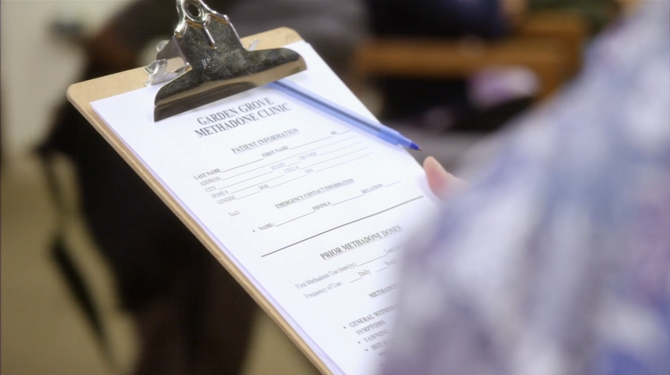 Garden Grove Methadone Clinic is a rehab facility for people that have and want to get rid of an opioid addiction or dependency by utilizing a technique called Methadone Maintenance Therapy. Tobias attended the clinic, falsely believing it was an acting clinic called Method One and believed that the supplied methadone drug was 'acting juice' due to the fact that methadone is often mixed with juice or water in order to mask the taste.