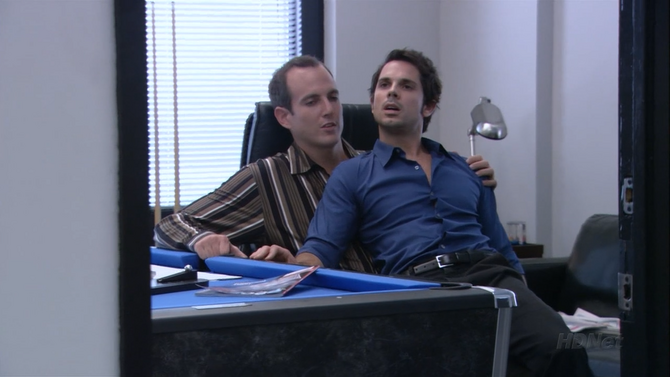 Gary is an officer worker at the Bluth Company. He is portrayed by Arrested Development writer Abraham Higginbotham.

Shortly after Gary started, G.O.B. unwittingly made some moves at trying to attract him. G.O.B. may have offended him by calling him a "poof" when he was simply trying to refer to the magazine Poof. ("Good Grief")

While working at Sitwell Enterprises, G.O.B. has a similar-looking Sitwell employee sit on his lap, as he did Gary. ("Switch Hitter")

While making Tricks Around the Office Gary is G.O.B.'s cameraman. ("The Immaculate Election")

→ See 7 pictures of Gary at Images of Gary.

Retrieved from "https://arresteddevelopment.fandom.com/wiki/Gary?oldid=32330"
Community content is available under CC-BY-SA unless otherwise noted.