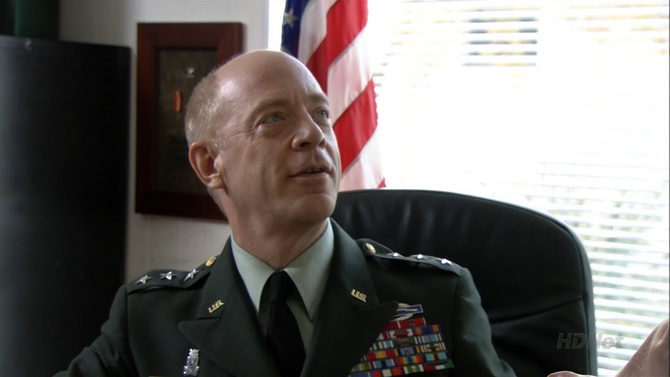 General Bill Anderson is an army General that was previously engaged to Lucille Bluth.

While Lucille was a member of the USO she met and fell in love with Sergeant Anderson and the two got engaged. However, she soon left him for Oscar Bluth (who she, in turn, left for his identical and more successful twin George).

Years later when Buster was enlisted to active duty Lucille visited General Anderson to ask him to release him from active service. He told her she must go "Downtown", to which she sang Petula Clark's "Downtown". ("Switch Hitter")