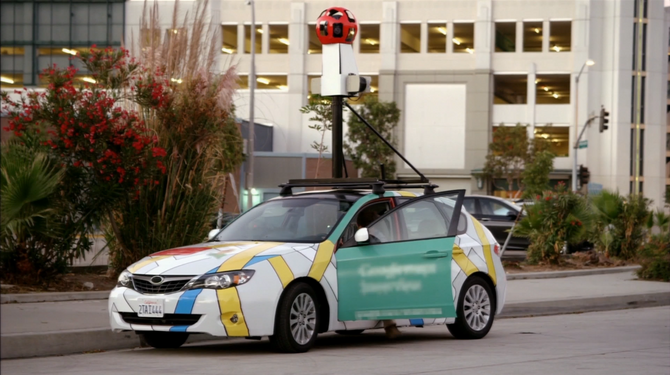 After returning from Phoenix, Michael gets a job at Google driving a Street View car. He's used to driving inconvenient vehicles, including the stair car and the family cabin.

While being interviewed by Google, Michael requested a company car. They put him in a Street View car, which they call an "ostrich". The company — which declined to be named in Arrested Development — can be determined by "doing a something search". Michael takes down a Herbert Love campaign banner. ("The B. Team")

Michael and G.O.B. race to the model home in the Street View car and limo, respectively. ("Double Crossers") Another day, G.O.B. notices Michael following him but thinks it is another Street View car. ("A New Attitude")

Add a photo to this gallery
Retrieved from "https://arresteddevelopment.fandom.com/wiki/Google_Street_View_car?oldid=39034"
Community content is available under CC-BY-SA unless otherwise noted.