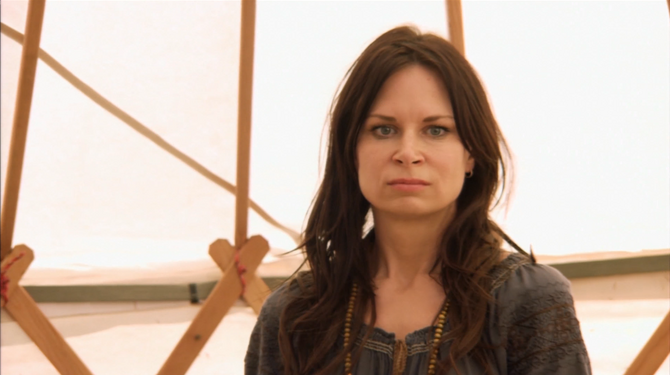 Heartfire is a mute spiritualist in Oscar's group of friends who later works as George's assistant at Father B.'s Colony. She thinks she can mentally communicate with people but somehow her messages never get across.

Heartfire, Dr. Norman, and China Garden were lunching with Oscar Bluth at the Balboa Yacht Club on George Bluth's membership when George walked in and discovered their scam. He followed them back to their border land and decided to buy the land to later gouge the US Government for. While waiting for the wall project to begin, George began Father B.'s Colony and Heartfire worked as his assistant. ("Borderline Personalities")

Heartfire was present when G.O.B. arrived with some bees and destroyed George's colony. She is allergic to bees but no one could hear her telepathy. ("Double Crossers")