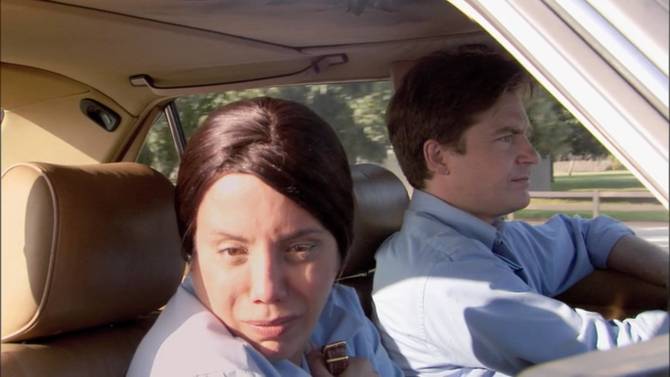 Helen Maria Delgado is a woman Michael mistakes for his mother's maid, Lupe.

When Michael was attempting to be more charitable on Lindsay's request he picked up Helen and drover her around. She noticed Buster's rock and Lindsay's spilled red nail polish and assumed Michael was going to kill her. When he stopped in the wetlands to pick up Lindsay Helen ran away. Michael was arrested for her abduction but she failed to recognize him in a police lineup. ("Charity Drive")

Retrieved from "https://arresteddevelopment.fandom.com/wiki/Helen_Maria_Delgado?oldid=14603"
Community content is available under CC-BY-SA unless otherwise noted.