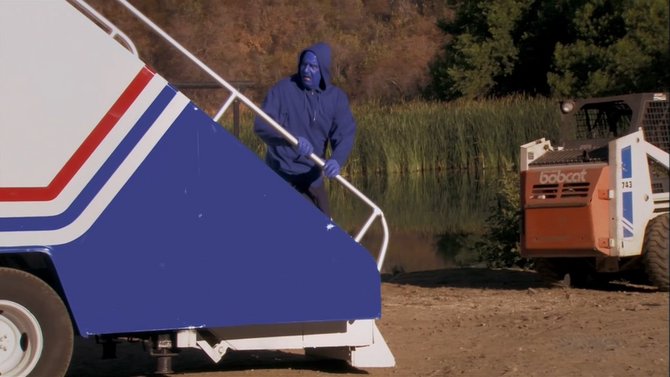 Hop-ons
Appearances: "Key Decisions", "The One Where Michael Leaves", "Queen for a Day", "Sword of Destiny" , "For British Eyes Only", "Rom-Traum", "Premature Independence"

Hop-ons are people who jump on to the back of the stair car for a free ride. They are a constant annoyance for the Bluth family members who must drive the stair car.

The concept of "hop-on" is extended to "live-ins" when Michael gives Lindsay the keys to the family cabin.

Michael: Watch out for bridges and hop-ons. You’re going to get some hop-ons.  From "Key Decisions"

Michael: I’m serious. I’m driving a staircase, for God’s sake, okay? It smells like gas, I get hop-ons...

From "Queen for a Day"

Michael: Stair car basics: In order to get this thing up to a minimum speed, you’ve got to jam on the gas pedal for about a minute, okay? But in order to slow this thing down, you’ve got to get almost immediately back on the brake pedal, ’cause you’ve got about two tons of stairs behind you.

Michael: We’re gonna cover the hydraulic flaps and the riser system after I tell you the basics about how to avoid a hop-on. But the first thing we’re going to go over... Ow...

Michael: Give me the phone, I want to call George Michael, tell him I’m okay.

Lucille: He’s on his way here. We passed him on the road. He was doing really well. Had his first hop-on.

Michael: What are you talking about, he’s driving? I told Lindsay not to teach him. I was going to videotape that hop-on.

Michael: There’s no satellite radio, but there’s a banjo in the closet. And watch out for live-ins. You will get some live-ins.

From "For British Eyes Only"
Community content is available under CC-BY-SA unless otherwise noted.
Advertisement